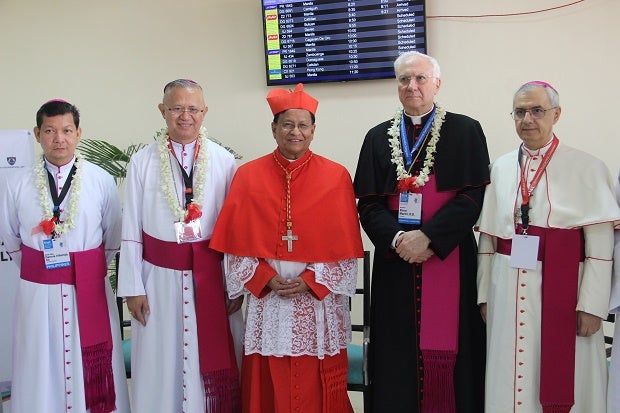 A report from the CBCP News said Charles Maung Cardinal Bo of Yangon, Myanmar, would visit selected inmates of the Cebu provincial jail.

Cardinal Bo was sent by Pope Francis as the Papal Legate in this year’s global fellowship of the Catholic faithful.

“He will visit a detention center. It’s just a small group of prisoners,” Cebu Archbishop Jose Palma was quoted in the report.

Aside from visiting the local prison, Cardinal Bo would also visit the Don Bosco Training and Youth Center in barangay (village) Pasil.

On Sunday, Cardinal Bo, arrived in Cebu City for the formal opening of the IEC.

The papal legate celebrated a high mass at the Plaza Independence, which formally opened the worldwide conference.

In his homily, Cardinal Bo called on Catholic devotees to declare a “third world war” against poverty and injustice.