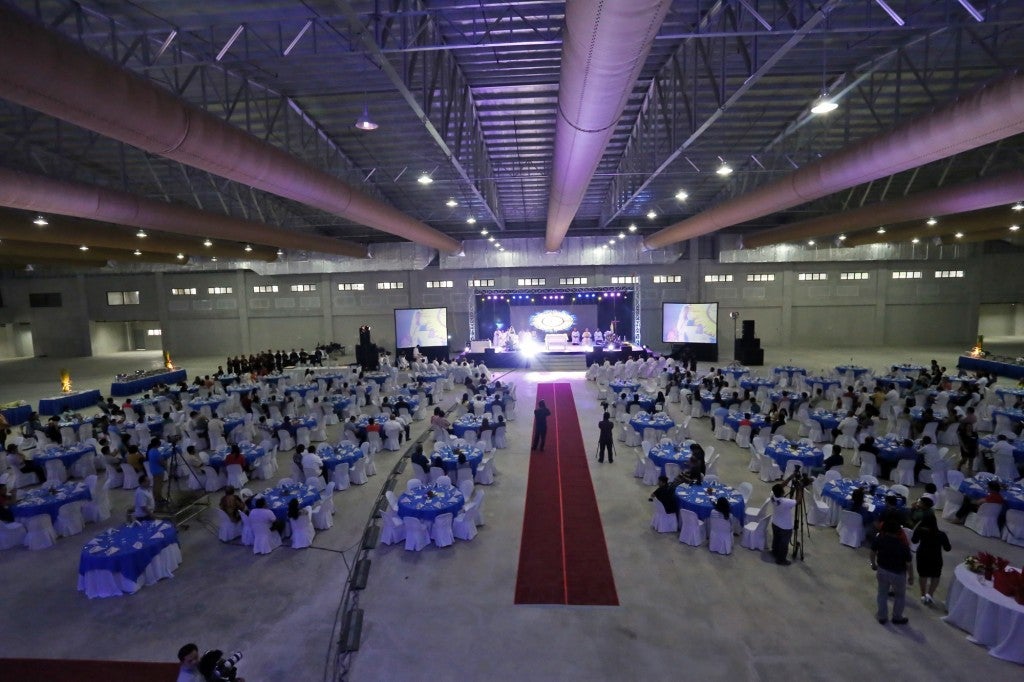 CEBU CITY, Philippines—Philippine “people power” did not start with the millions who welcomed St. John Paul II in 1981 and 1995, and Pope Francis last year.

It started in 1937 when, for the first time in history, the International Eucharistic Congress (IEC), the spiritual festival centered on the Holy Mass that started at the turn of the 20th century, was held in Asia—in the solidly Catholic Philippines.

When Manila hosted the 33rd IEC in 1937, some 1.5 million people from all over the world were invited to attend the festival. About 600,000 took part in one religious procession while tens of thousands attended the pontifical Masses at Luneta.

Among Filipino children receiving their first Communion at that time was 8-year-old Ricardo Vidal, now cardinal-archbishop emeritus of Cebu.

Vidal, 84, was president of the Catholic Bishops’ Conference of the Philippines (CBCP) in 1986 when, following the call of Manila Archbishop Jaime Cardinal Sin, the CBCP urged the dictator Ferdinand Marcos to step down, triggering the Edsa People Power Revolution.

Also going to Luneta with his parents to witness the festival was a child “probinsyano” from Batangas, Gaudencio Rosales.

Both prelates have encouraged Filipinos from all over the world to join the 51st IEC in Cebu and will cocelebrate pontifical Masses for pilgrims along with Archbishop Piero Marini, president of the Pontifical Committee for International Eucharistic Congresses based in Vatican.

‘Olympics for the Soul’

The 51st IEC, the “Olympics for the Soul” or spiritual festival held by the Catholic Church every year and later at fairly regular intervals since 1888, opens in Cebu today, returning to the country almost 79 years after it was first held in Manila in 1937.

Back then, the 33rd IEC was historic since it was the first time that it was being held in Asia, where the Christian majority was obtained only in the Philippines.

But evincing the growth of Christianity in the “pagan” Far East, the IEC has since been held in Bombay in predominantly Hindu India in 1964 (38th IEC), and in Seoul in predominantly Buddhist Korea in 1989 (44th).

Since then, too, much has happened to the Philippines as a nation. It was a Commonwealth under the United States, but now it is a full-fledged republic.

The concordat ended the papacy’s tumultuous relations with the Italian state after Giuseppe Garibaldi’s unification of Italy in the late 19th century.

Today, Pope Francis continues to sit as a Vatican sovereign like Pius XI. But he has largely shed the very pronounced monarchical, imperial trappings of the papacy that ruled the Papal States before the Italian unification.

Perhaps recognizing the status of the Philippines as a US Commonwealth, Pope Pius XI sent as his papal legate to the Manila IEC an American prelate, Dennis Joseph Cardinal Dougherty, Irish-American archbishop of Philadelphia.

The archbishop of Manila himself was Irish, Michael O’Doherty.

But showing the movement of the Church from north to south, from west to east, Pope Francis is sending to the Cebu IEC as papal legate Charles Maung Cardinal Bo of Yangon, Burma (Myanmar).

Christianity has grown in Asia since 1937, with Catholic majorities in East Timor and perhaps Macau, and increasing Catholic presence and influence in Singapore and South Korea (the latter was visited by Pope Francis even ahead of the Philippines in 2014), but the Philippines now as then, remains the bastion of Christianity in Asia.

Now the Philippine Church has 85 dioceses and one military ordinariate (chaplaincy for the armed forces).

Although Manila remains the premiere see in the country, the formation of new dioceses (Caloocan, Novaliches, Cubao, Pasig and Parañaque) from its old territory in the last decade means that the Archdiocese of Cebu is now the largest diocese in Asia, with more than 150 parishes ministering to more than 3 million Catholics over a territory of more than 5,000 square kilometers.

Although Cebu may be divided into newer dioceses like Manila in the future, its numerical superiority as a result of the Balkanization of Manila has restored its preeminence as “the cradle of Christianity in the Philippines,” considering that the first Christians in the country were the Cebuanos baptized during the Magellan expedition in 1521.

The 1937 IEC likewise provided a prelude to contentious relations between the Church and state in the Philippines.

Commonwealth President Manuel L. Quezon welcomed delegates to the Manila IEC, but he tangled with Archbishop O’Doherty over legalizing divorce and removing religion from public instruction.

Quezon was from Tayabas in Luzon, mainly under the ancient ecclesiastical province of the Archdiocese of Manila and studied under the Dominicans in Letran and the University of Santo Tomas (UST). But he was a Mason and very ambitious.

Then as now, clashes over sexual morality bedevil state-Church relations.

When the Aquino administration and its allies in Congress passed the reproductive health bill in 2012, the opposition came from the CBCP, led by Archbishop Jose Palma.

Pius XI himself dealt with contentious Church-state issues around the time when the IEC was being held in Manila in 1937.

Around that time, the Spanish civil war was raging. The war had broken out after the Republicans started killing Catholic clergy and religious in the early 1930s.

The nationalist Generalissimo Franco capitalized on the Christian persecutions, which killed thousands of nuns and clergy, to attack and defeat the Republicans.

Christians killed by the Republicans are considered martyrs and have since been beatified. Some of them had worked in the Philippines before, such as Blessed Buenaventura Garcia Paredes and companion martyrs, beatified by Pope Benedict XVI. They used to be students and teachers at UST and Letran.

Meanwhile, Pius XI also had to deal with the torching of churches in Mexico and the Christian persecutions in the Soviet Union.

He also condemned racism and Hitler.

Pius XI also issued the encyclical Studiorum Ducem in 1923 on the occasion of the sixth centenary of the canonization of Thomas Aquinas and upheld the teachings of the Dominican thinker as the official philosophy of the Church and the Angelicum in Rome as foremost promoter of the philosophy.

But as the Cebu congress gets under way, much has changed.

Instead of Thomism, there’s theological pluralism in the Church, as shown by discussions in the IEC Theological Symposium this week on “inculturation” or cultural adaptation of the Roman Rite of the Holy Mass, and more lenient, “more compassionate” treatment of remarried Catholics.

The IEC will open here Monday with a High Mass at Plaza Independencia to be led by a legate from Pope Francis himself, Cardinal Bo of Burma and Archbishop Marini.

Aside from the papal legate, attending the congress are three papal nuncios, 20 cardinals, 30 archbishops and 100 bishops.

The congress will be held starting Tuesday at the IEC Village that has been built at the Pope Paul VI, Pope John Paul II and San Carlos seminaries in Barangay Mabolo, Cebu City.

Attending the congress is Cardinal Peter Turkson, president of the Pontifical Council for Justice and Peace also based in the Holy See.

Also attending is Archbishop Diarmuid Martin of Dublin, which hosted the last IEC in 2012.

The congress will close on Jan. 31 with another pontifical Mass to be led by Cardinal Bo. TVJ