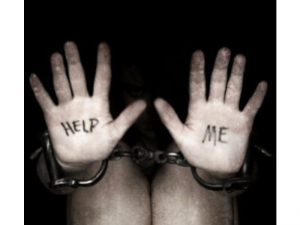 LOS ANGELES– California has the largest number of Asian Pacific Islanders (APIs) in the country, sees the most human trafficking cases among the 50 states in the U.S., the National Human Trafficking Resource Center reported in 2014. Yet resources for API trafficking victims and survivors are limited.

A3PCON is a coalition of over 40 community-based organizations that advocates for the rights and needs of the API community in the greater Los Angeles area. The task force consists of 15 partner organizations with a goal of providing and bolstering services to API human trafficking clients as well as advocating for the needs of API trafficking victims.

During the announcement of the task force, Chancee Martorell, executive director of the TCDC, one of the participating organizations, noted that a disproportionate number of trafficking victims are from API communities.

“There continues to be a disparity in funding and services for Asian Pacific Islander victims and survivors, so this has got to end. We really need to have more adequate resources to serve the large and growing number of victims and help restore their dignity and help them pursue restitution,” she said.

In a statement, Rep. Adam Schiff (Dem-California) applauded A3PCON for creating the task force. He also touched on how he worked with the Thai Community Development Center to help the 2003 Global Horizons Thai Farmworkers Case receive restitution from their traffickers.

In 2014 to 2015, task force agencies collectively provided services to more than 764 human trafficking clients in the greater Los Angeles area. Of those, 57 percent, or 434 clients, were API. Thais (228), Filipinos (114) and Koreans (35) had the top three highest numbers of trafficking cases.

Trafficking survivor Angela Guanzon, a Filipina who formerly worked at a retirement home for the elderly in Long Beach for two years, shared how she came to the United States for better opportunities.

“Once I arrived in the United States, it became clear that what was promised was far from reality,” she said.

Guanzon said she worked 18 hours a day for seven days a week and slept on the floors in the hallways. Her trafficker told her she owed $12,000 for the cost of transportation and her visa, and she had to work for the person for 10 years before she could go. She was threatened with deportation if she tried to escape.

Her neighbor, who noticed she wasn’t getting any days off, notified the FBI. Guanzon worked with the agency and her trafficker eventually received a five-year prison sentence.

“I know that our kababayans in these types of situation are scared because they always scare us. But they should know that in the United States, everyone has rights. So they shouldn’t be afraid to let others know about their situation,” she said.

In the Filipino community, Aquilina Versoza Soriano, executive director of Pilipino Workers Center, a non-profit dedicated to meeting the immediate needs of Filipino workers, said that based on the organization’s experience, trafficking victims are most commonly caregivers, hotel workers and teachers.

The task force, Soriano said, is not only about awareness-building but also lifting up the API community so it can get the resources it needs for victims and survivors, including legal services, food and housing, so they can make the transition to a stable life.

“So while it’s been great over this past decade, we’ve been able to start to raise awareness, we’re identifying more and more of those who before would’ve gone unhelped and remained in their situations. Now more people are being identified, but we need the resources to help them so that they can truly be free because if you don’t’ get the help that you need, then you’re still so burdened by immigration, by fear, by not being able to work and that’s why this is really important,” she said.

Also announced on January 13 was a partnership between the Coalition to Abolish Slavery & Trafficking (CAST), also a partner organization of the new task force, with the Los Angeles County Sheriff’s Department to build and co-lead the new LA County Regional Human Trafficking Task Force.