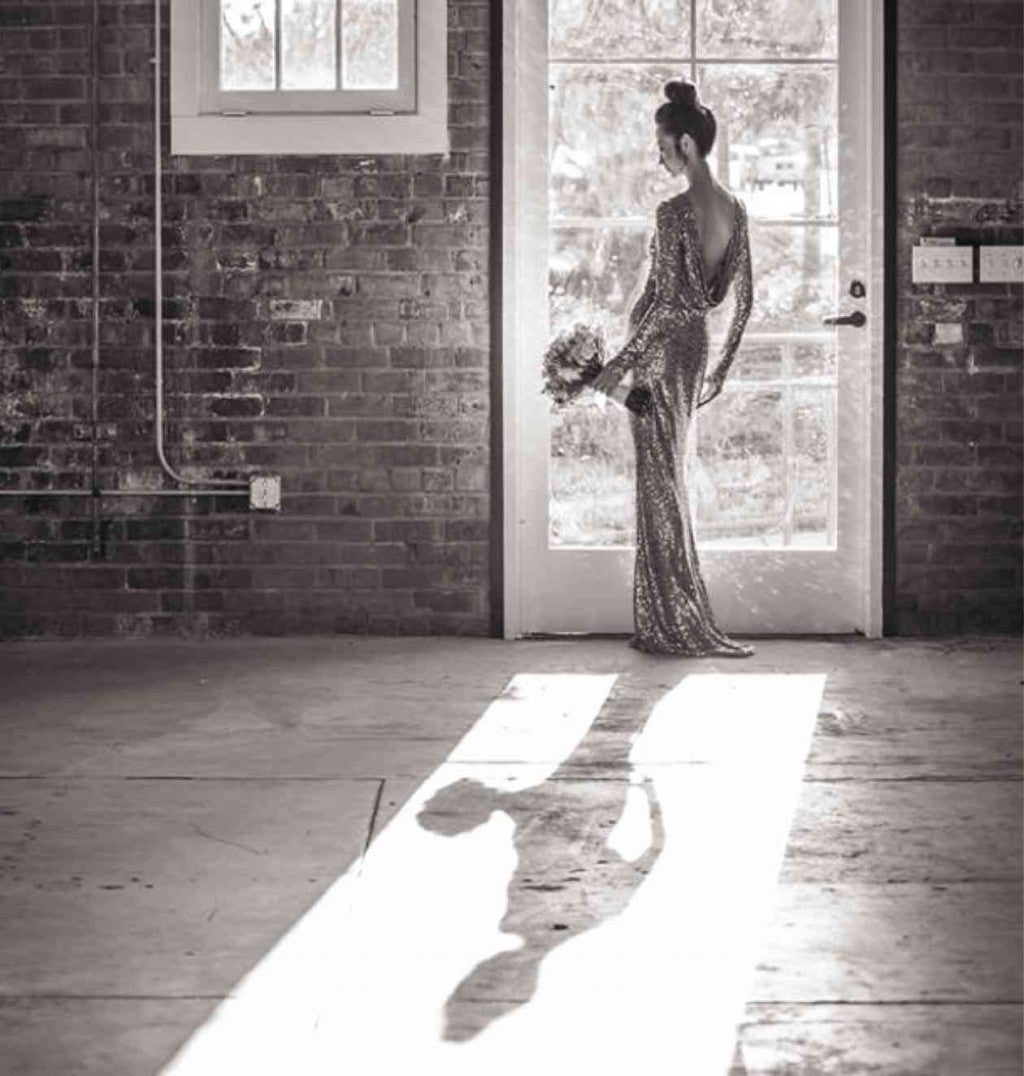 You see her you know she’s a model. But it took her a while to realize this and work for it.

Emilia E. Rapiñan asked who the best model maker was and sought him out. But the best wanted only those who have won in competitions. So she ran after the Asean model search title in 1993.

After that, “I ended up with CalCarrie’s Philippines, the most prestigious agency in the country, headed by Joey Espino, the best model maker in the country,” says Emy.

Emy was born in 1974. Her father was a strict entrepreneur with a rice mill and several fish ponds. She was cared for by a  “loving stepmother.”

At age 10, business slowed, “I learned to knock on doors and sell prawns, clams and sacks of rice to earn money to cover our needs.”

Being the fourth child, she realized when she was 16 that her parents could not afford to send her to college.

“And my strict dad, for whatever his reasons, was not giving me an option to work and make money to help support the rest of our family,” she adds. 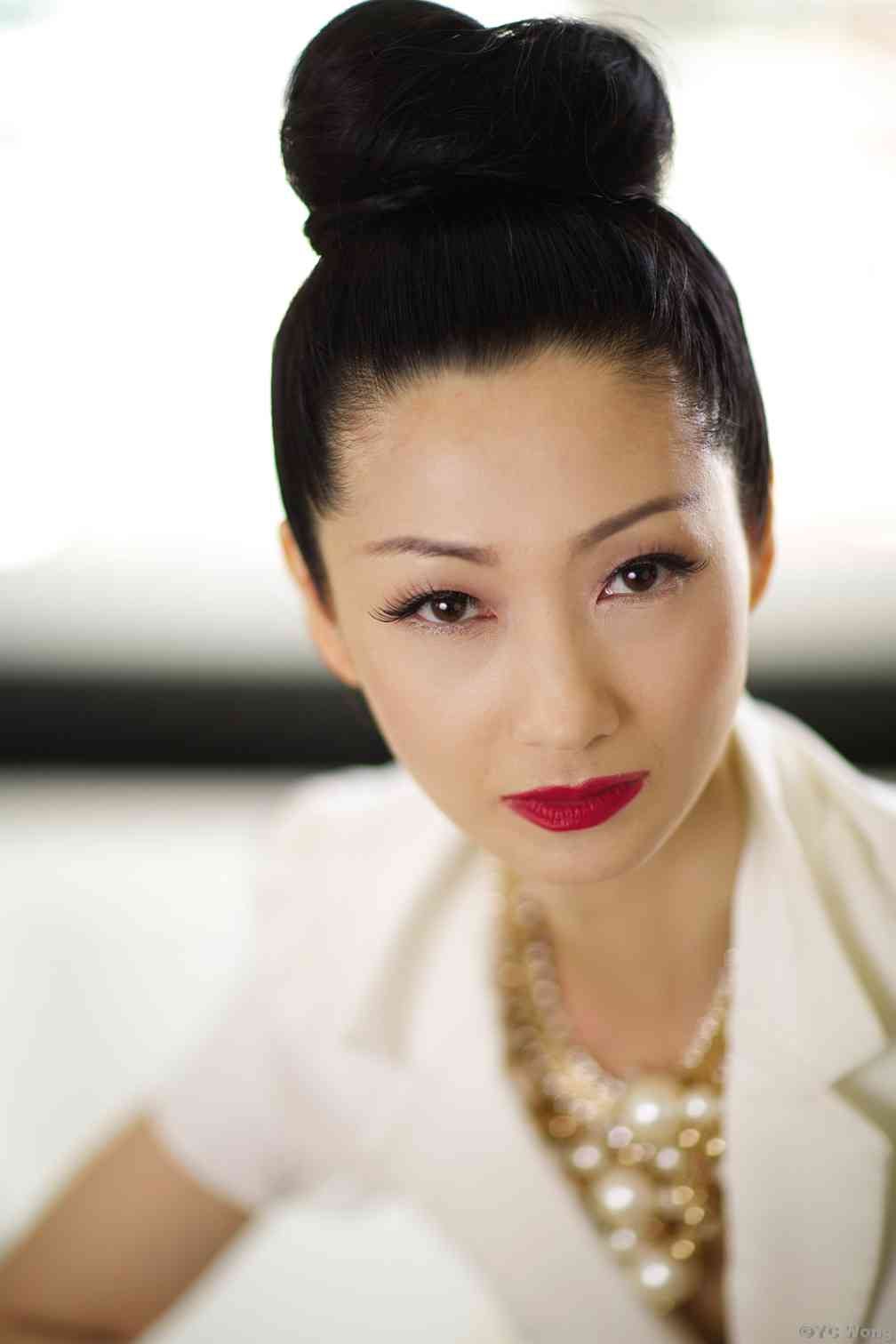 She took it upon herself to leave home, take on a job and send money to the family. She was also able to go to college and managed to work and study for five years.

“Through persistence and help from a cousin, I was able to send myself to college and finish a bachelor of arts in science major in marketing management at  College of the Holy Spirit. I even earned a leadership award.”

She realized  she could be a model because of her looks and thus earn money for her family.  Thus she sought Joey, the best in the industry.

“Because I had a slender physique, porcelain skin and considerably taller than a regular Filipina, a career in modeling seemed like a good option to earn money fast for college.”

Emy had by then married. So she juggled work, marriage and motherhood. She felt that her Asian looks gave her career a slow start. She and Joey, her agent by then, explored Singapore.

“My career took off, and I decided to do work in Hong Kong and Malaysia as well. So every time I went back to Manila, I was considered an ‘international model,’ which gave me more credibility,” she says.

She was booked for a Speedo (popular swimwear line) show in Manila. “I was the youngest model who got booked for the job, I knew then I had reached a new height in my career. Money was finally coming in and I was then able to start college.

“However, success in modeling included lots of traveling and my desire to acquire my degree cost me time with family. It was then when an ugly divorce battle started,” she says.

The divorce was violent, Emy was thrown out of her house and her husband relocated with her two kids.

“I ‘lost’ my children for two years,” she said.

During that time Joey offered her a job in Runway Productions, a model development agency, as his model and his executive assistant.

“I worked 16 hours a day to keep my sanity, to mask my desperate longing to see my two children again, at that time, aged 3 and 1. I worked hard with a goal to save enough money to fight for my children.”

“Since all I have then was my job at CalCarrie’s and Runway, my dedication and loyalty of serving Joey and his company brought us closer. As a result, his business doubled, and while there were other emerging new production agencies that his former employees started, Runway stayed on top and the best in the country,” she added.

After 10 years of working together they became more than just mentor-mentee, they became family to each other.

“He taught me not only his strong work ethics, strategic planning, detailed management, conceptualization and execution of ideas but showed me what hard work and loyalty are, she says.

But it was Joey’s closeness to God and simplicity that had a profound effect on Emy.

“How he trusted and feared God, his love for his mother, how he integrates power and humility, how he integrates faith and business. His burning passion to make the Philippines known as one of the fashion capitals in the world (just to mention a few) and most of all I witnessed how he sacrificed to serve other,” Emily says.

Many things happened in 2003—after a long legal battle, she was able to get custody of her children. At the same time, she received  a marriage proposal from a persistent admirer who was willing to be a father to her children and start a new life with her.

“I was captivated by the way this man put a pause in his own life to invest time to show his sincere intentions. At that time, I knew God gave me my Boaz. I then remarried,” she says.

It was a good beginning but it would mean separation from Joey who had been her wall for a decade.

“Joey gave his blessing and his love to us. We still stay in touch,” she says.

Moving to the US had its surprises. Despite fears that she would not be able to go back to modeling in Southern California because she wasn’t the typical Californian girl, lacking the  5’8” height of women plus their curves and tans, she was proved wrong.

“The first time I walked into a modeling agency for an open call, they signed me on the spot. Just like that, I was back in business,” she said.

Things were going fine until August 2006. Two days after moving in their first home in California, her younger, Red Riley was diagnosed with acute lymphoblastic leukemia, already in critical condition.

There were times when the “Why him?” question would haunt them but they instead turned to prayer.

“There’s nothing left to do but to pray and seek God like there’s no tomorrow. It was during those difficult times when I experienced God’s presence in my life. I immediately understood that every suffering I experienced in the past (like temporarily losing my children) was a preparation to where I am today. I had a better understanding why good and bad things happened in my life.

“God opened my eyes to not neglect the blessings that He entrusted (including your children). To prioritize them above career, next to Him. That He sent a Joey in my life to show me what a person after His heart looks like. That He gave me Jesus to be my Savior. My life was never the same after that part of our lives. I even texted Joey then that I finally understood the relationship he was referring to with God.”

After five years of battling with cancer, Red was healed.

“God used my son’s cancer at that time to draw me and my husband closer to Him. He gave us unconditional love through Jesus Christ, showed us a relationship not only based on fear and obedience but based on love. God showed us that He’s not only a King, but a friend and a father. The result of Jesus in our hearts compelled us to be mindful of the gifts entrusted to us. The wisdom, knowledge, talents and treasures are not just for us to acquire but to pass on and share with others.”

In 2007, Emy and her husband set up Business Life Ministry for business-oriented people. The purpose of which is to teach how to integrate faith, family and business the way it was originally designed.

“To do what God called me to do is my main thing now. I focus on discovering how I can be a better servant, a wife, a mother and a neighbor the way I was designed. I realized that if God uses Joey (my mentor) to be a light to many in the Philippines (including mine) then its probably the reason why I’m in California.

To do the same here,” she further adds.

Emy is doing well. ”As my career continues to flourish in Southern California under a prestigious modeling agency, so has my modeling workshop programs. I mentor young teens and adults along the way, who are interested in the fashion industry. I equip them to be competitive and teach them that they don’t need to compromise their values and virtues to make it in the modeling industry.

And I encourage them to be a light to others. Being a model comes with a great responsibility, responsibility to be a role model inside and out (in God’s eyes).”

Emy said, “Being an entrepreneur is not easy. I choose to trust God’s direction for me and my family. This past year, my interest grew in investing in the real estate industry.  True to my nature of learning everything about what I get myself into, I pursued and completed my master’s in real estate investment and finance from a prestigious university in Southern California. I don’t know what’s yet to come, but I know in my heart God is molding me for another miracle in my life.

“She described her life now as  ‘full of responsibilities.’ Eldest daughter, Kate Danielle is preparing for college;  son Clyde Baron is in high school; and Red Riley is healthy, in middle school and enjoying sports.

“My husband, Cyrus, is active in business and ministry. Our weeks consist of work, attending to our children’s activities and going to church and mentoring others.”

She has a dream: “I hope to someday walk and participate in a fashion show again in the Philippines for the last time, as it is where I started, and travel more with my family.”

Want to be a supermodel? Work on your inner beauty, says Joey Espino