Security analysts warned of the unprecedented challenges to security in the country and in the region with the possibility of the Islamic State, known as ISIS, gaining a foothold in the Philippines sometime soon.

“Hapilon was chosen as the overall Ameer (leader) of IS branch in the Philippines,” international security analyst Prof. Rommel Banlaoi said in an interview. 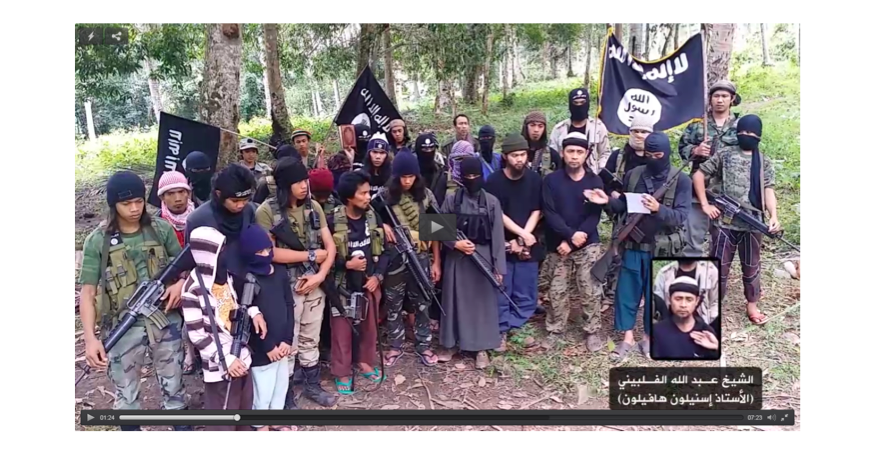 Hapilon was involved in the 2001 Dos Palmas kidnapping, when 20 individuals including three Americans were abducted. He has a $5 million bounty for his arrest. The Abu Sayyaf is known for its kidnappings and bombings and is based in the islands of Sulu and Basilan.

The ISIS, an international terror organization, is known for its propaganda and influence, with videos of its brutal tactics, such as bombings, stoning, and beheadings, posted on the Internet.

The bombings and shootings in Paris last November, which killed 130 and injured hundreds, were claimed by the ISIS.

The military previously announced that Anas was one of the personalities killed during their week-long offensive in Basilan last December.

“His alleged death has to be confirmed,” Banlaoi said, as they are still validating whether the video was taken before or after the military operations.

Last week, the ISIS has acknowledged the unification of the groups in Al-naba, its official newsletter. This was obtained by the Philippine Institute for Peace, Violence and Terrorism Research where Banlaoi is Executive Director. 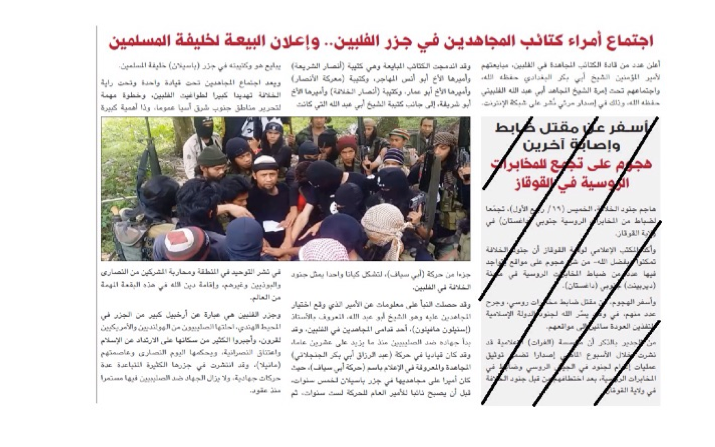 The ISIS is close to establishing a province or wilayat with this convergence, which will eventually make the Philippines the first caliphate in Southeast Asia. Once officially declared as a province, it will get funding from the Islamic terrorist organization.

“Shortly, ISIS will declare a satellite of the caliphate in the Sulu archipelago,” said Rohan Gunaratna, head of the International Center for Political Violence and Terrorism Research in Nanyang Technological University, in an opinion piece published on Singapore’s the Straits Times this week.

He said that ISIS is determined to declare at least one province in Asia in 2016.

Banlaoi said the unification of these groups and the video production were apparently initiated by the ISIS.

“This looks more professionally made than their previous videos,” he said.

Earlier videos released by the militants pledging their support to the ISIS were amateur compared to the recent one, which also had some editing. 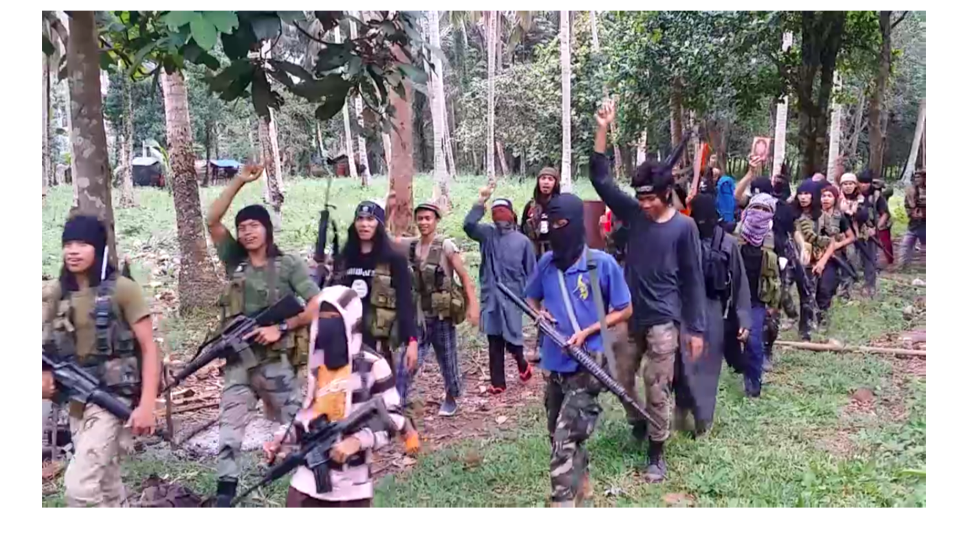 He also warned that ISIS is very active in social media for recruitment.

“They see it as an effective tool for Islamic propagation….That’s why their recruits reach out to them and volunteer themselves,” Banlaoi said.

He explained that is one of the differences between al-Qaeda, the international terrorist group founded by Osama bin Laden, and ISIS. In the past, organizers have to be physically present but today, negotiations can be made through the Internet.

Banlaoi added that the Philippines is vulnerable to ISIS recruitment as it has “one of the longest-running Muslim rebellion” and the Abu Sayyaf has already established “notoriety.”

The military has repeatedly denied the presence of ISIS in the Philippines, dismissing it as a mere propaganda.

Only this week, AFP spokesperson Col. Restituto Padilla said that there is “no credible, verified and direct connection” to the ISIS up to this time but they continue to monitor and conduct focused military operations.

ISIS influence in the Philippines will pose “imminent threat to the country” and will also affect regional security, Banlaoi said.

“The new found strength of the unified groups will likely mount operations with the backing of the Baghdadi-led ISIS in the Middle East,” he said.

Because of this, militants from Malaysia will be lured to join the group in the Philippines.

There are five Malaysian terrorists hiding in the Philippines, and are currently training local fighters in bomb-making.

Anas represented the Ansar Al-Shariah Battalion in the video. Other Malaysians sighted were Mahmud Ahmad alias Abu Handzalah and Muhamad Joraimee Awang Raimee — both on Malaysia’s most wanted. Amin Baco, who escaped the Mamasapano operation last year that killed his mentor Zulkifli bin Hir alias Marwan, is also one of the five Malaysians in hiding.

“Considering the importance given to a Malaysian by Hapilon, Malaysians are likely to travel and join ISIS Mindanao in the southern Philippines,” Gunaratna said.

Other nationalities which cannot easily go to Syria, from Australians to Chinese Uighurs may also be attracted to the creation of training camps, he added.

Asked if the militants would stage similar attacks like in Paris last November anytime soon, Banlaoi said that even if they have the ability they might have a difficult time.

“They will have a hard time because the target-hardening and the information-sharing of the Philippine National Police is in place,” he said.

It is defeating the ISIS that will take time, however.

“It’s a long haul, countering terrorism….Solutions are not only military and law enforcement but political, economic and social,” Banlaoi said.