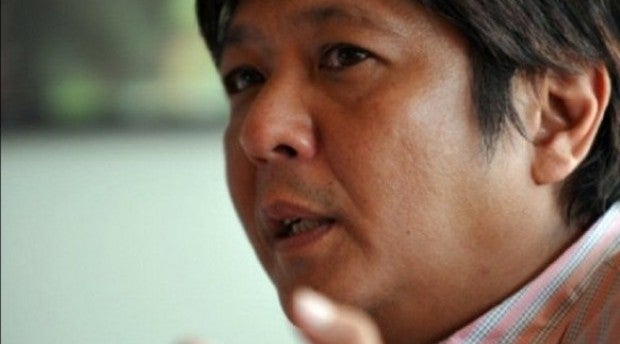 Despite the Supreme Court’s (SC) decision, Senator Ferdinand “Bongbong” Marcos Jr. maintained on Wednesday that the Enhanced Defense Cooperation Agreement (Edca) between the Philippines and the United States was a treaty that must be ratified by the Senate.

Marcos was among the 14 senators, who signed a resolution expressing the stand of the Senate that any treaty, such as Edca that was ratified by the President, should be concurred in by the chamber otherwise it becomes “invalid and ineffective.”

(It’s perplexing why they made it an Executive Agreement. Maybe they are afraid this will not get ratified in the Senate.)

(My position has not changed. I belong to Senator Miriam’s committee which reasoned that this should have been ratified—that’s still my position.)

Marcos was referring to Senator Miriam Defensor-Santiago, who initiated the resolution.

Marcos said he was not against the Edca itself as he was only pointing out that Senate’s role in ratifying a treaty.

“Dapat pabayaan din naman na i-deliberate ng Senado ‘yang mga ganyang klase ng agreement sa gitna ng Pilipinas at ibang bansa (The Senate should have been given the chance to deliberate this kind of agreement between the Philippines and other countries),” he said. IDL