PH, US to hold two-plus-two talks next week 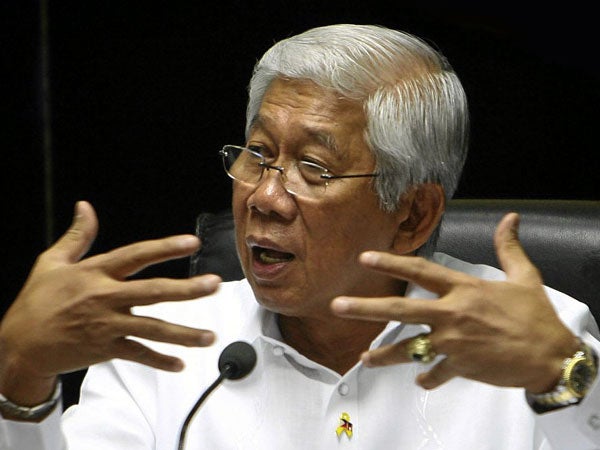 The Philippines and the United States will hold a meeting of their defense and foreign affairs ministers next week in Washington with South China Sea likely on the agenda, Defense Secretary Voltaire Gazmin said on Thursday.

“We will discuss our bilateral relations and probably one of the subject matters would be South China Sea,” he told reporters on the sidelines at the New Year’s Call at Camp Aguinaldo.

Pressed further by the media, Gazmin said it was only his “speculation” that South China Sea would be discussed.

The Enhanced Defense Cooperation Agreement (Edca) between the US and the Philippines signed in 2014 is also one of their concerns.

“That’s our common area of concerns, Edca, but we don’t know yet what will happen so it’s premature to talk about it,” he said.

Other than Gazmin, also attending the meeting on January 12 will be Foreign Affairs Secretary Albert del Rosario, US Defense Secretary Ash Carter and US Secretary of State John Kerry.

Last year, Gazmin and Carter agreed to hold a 2-plus-2 meeting to discuss regional security issues.

READ: PH, US defense chiefs to meet in Hawaii on sea dispute

This meeting is considered as the “highest policy level consultative mechanism” between Manila and Washington.

The meeting comes a few days after China’s test flights in one of its newly completed airstrips in the South China Sea, which sparked protests from neighboring countries Vietnam and the Philippines.

China has been doing large-scale reclamation projects in seven islands and reefs in the South China Sea, where it is believed to be used as a base for military planes and navy ships.

But China has earlier said that the new islands would be for civilian purposes such as research.

China’s aggressive expansion in the South China Sea has been also criticized by influential countries such as the US, which had conducted air and sea patrols in the region.

The South China Sea, one of the world’s most vital waterways, is believed to be rich in oil and gas. IDL

Emperador in, Semirara out of PSEi