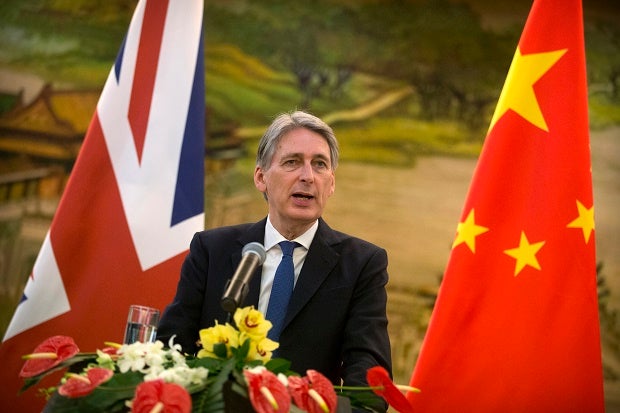 The United Kingdom’s top diplomat is in Manila Thursday as part of his three-leg visit to East Asia, which includes China and Japan.

“It is a pleasure to be in the Philippines on my first official visit to the country as Foreign Secretary in the same year that we mark 70 years of diplomatic relations,” Hammond said in a statement posted on the UK government website.

“The British government is committed to strengthening our partnership even further and working together to tackle issues of regional and global concern as strong supporters of a rules-based international order,” he added.

During his visit, Hammond will meet with President Benigno Aquino III to discuss the strategic partnership between the UK and the Philippines in the middle of the global and regional challenges threatening security and prosperity, including global efforts to tackle extremism.

He will also meet Filipino business leaders to discuss the Association of Southeast Asian Nations economic community and the opportunities and challenges in boosting trade and investment on both sides.

Hammond’s visit in Manila followed his two-day trip to China. After Manila, he is scheduled to fly to Tokyo, Japan. RAM