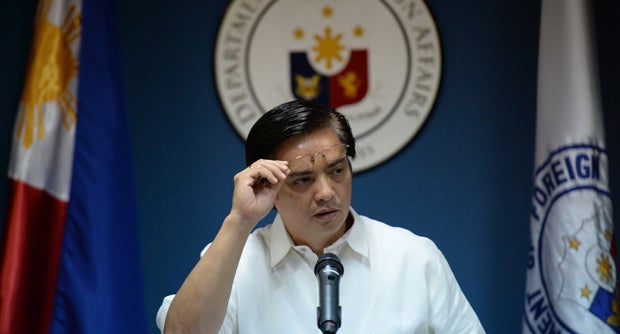 WITH more than 2 million Filipinos working in the Middle East, the Philippines is watching developments in the region, especially the impact of the breakup in the relationship between the region’s rival powers, Saudi Arabia and Iran.

The Department of Foreign Affairs (DFA) is “monitoring very closely” the developments in the Middle East, especially in Saudi Arabia and Iran, said Assistant Secretary Charles Jose, the DFA spokesperson.

“We have a strong interest in seeing peace and stability maintained in the Middle East,” Jose said in a text message.

And “foremost” is the welfare of the big number of Filipinos working in the region, estimated at 2.2 million, he said.

Last Sunday, Saudi Arabia severed its ties with Iran in response to the storming of its embassy in Tehran by Iranian protesters following the Saudi execution of a Shiite Muslim cleric, an outspoken opponent of the ruling Al Saud family in Saudi Arabia. Christine O. Avendaño