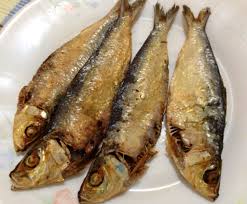 SAN FRANCISCO–Filipinos in Dubai are crying foul, accusing real estate agents of refusing to rent out apartments to them in certain Dubai buildings and areas because of stereotypes about Filipinos.

The accuse real estate agents of thinking Filipinos tend to overcrowd and stink up their apartments with and their dried fish delicacies, meaning dried tuyo (anchovies) and squid.

Rey Alfonso, a civil engineer, and his wife, Cynthia, who have a one-year-old child told XPRESS as quoted by Gulf News, they were shocked when watchmen in two Karama buildings told them about an unwritten no-leasing-to-Filipinos. They had wanted to upgrade from a studio to a one-bedroom unit.

“It’s not fair because it’s a false generalization. In reality, no one wants to live in an overcrowded place,” said Alfonso.

An Indian real estate agent told news media that some tenants avoid renting among Filipinos because they fear overcrowding and smelly food.