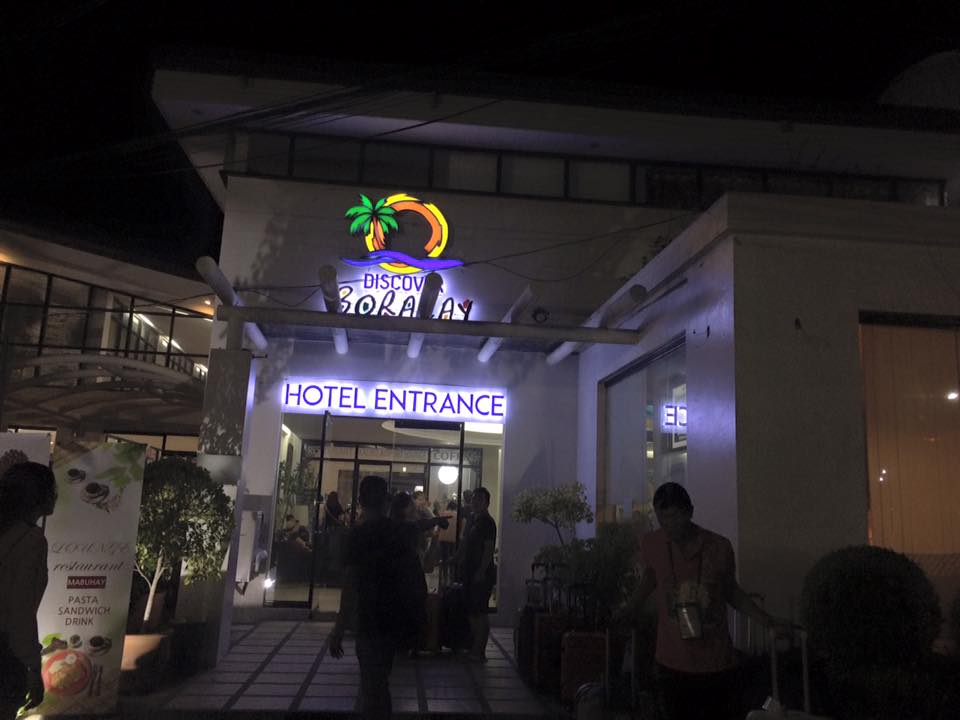 ILOILO CITY—Aklan Gov. Florencio Miraflores will investigate the alleged discrimination that a Filipino soldier suffered at the Kalibo International Airport (KIA) when the soldier was allegedly barred from entry into an airport lounge because it was for Koreans only.

Miraflores said he was unaware of the online protest posted in the Facebook account “Phoenix Rising,” whose owner identified himself as Ryan Layug. But the governor said he will ask airport authorities to explain.

Layug said in his post that he was refused entry into the Discover Boracay airport lounge at KIA on Jan. 1 because the facility was purportedly for Koreans only.

“I am Ryan Layug, a soldier, a Filipino. I am returning to duty in Mindanao after my New Year’s leave. I am a bit worried that I might be reprimanded of (sic) this post but as a soldier I defend democracy, and I will defend my fellow Filipinos (in) the face of discrimination,” the soldier said in his post.

Layug indicated in his Facebook account that he is a lieutenant in the Armed Forces of the Philippines.

But the Discover Boracay Hotel and Spa clarified that the lounge is not under their management but is being rented by Korean company Domabem Corp.

“Our name has been dragged in the controversy and it’s unfair to us who have worked hard to build our name. We have separate managements,” said Patty Ruta, Discover Boracay Hotel and Spa director for sales and marketing.

Ruta said the Korean operator of the lounge is in Manila and will issue a statement on Monday.

She appealed to netizens and those who have read Layug’s post to be fair and first get the side of the staff of the lounge.

Miraflores said the lounge is privately operated and travelers can avail themselves of its services for a fee.

“But it is not supposed to be exclusive to Koreans,” the governor said.

KIA manager Martin Terre said in a text message that the airport lounge is not a concessionaire of the Civil Aviation Authority of the Philippines (CAAP) because the lounge is outside the airport. The CAAP does not regulate the lounge’s operations, he said.

He said he approached a Filipina staffer at the lounge cashier but was allegedly told that the lounge is currently catering only to Koreans.

“Are you serious? Why only them?” Layug said he asked the staffer who allegedly told him the lounge is owned by a Korean.

When he protested, Layug claimed the staffer talked with a Korean supervisor whom he overheard saying “No Filipino.” He said the staffer later told him the lounge was fully booked.

Layug said he later sought help from policemen at the airport who accompanied him to talk with the manager of the lounge.

But the staffer, who identified herself only as Judy, refuted Layug’s allegations.

“He misinterpreted what I told him and refused to listen any more and was very angry. He then told me he works for the government,” Judy told Inquirer in a telephone interview.

Judy said she told Layug that the lounge was fully booked and can accommodate only Korean tourists who had reservations at that time.

“He accused us of discrimination when I tried to explain to him that the Korean clients had coupons already and we do not have any vacancy at that time. But it is never our policy to deny access to a Filipino or guests of other nationalities,” she said.

She said the lounge, which can accommodate only 20 persons at a time, was fully booked at that time because of the number of travelers celebrating New Year in Boracay.

“We accept clients without reservations if there are vacant seats. That is public knowledge here,” Judy said.

Layug said the lounge manager, who introduced himself also as a soldier in Korea, purportedly apologized to him, saying the staff made an error and even offered him free use of the lounge.

Layug said he declined the offer of free food and to stay for free. The manager even ran after him after the soldier left to return his insurance ID that he left at the lounge, he said in his Facebook post.

Layug said he received an e-mail from the Department of Trade and Industry in Aklan asking him to file a complaint.

KIA caters mostly to tourists bound for Boracay island. Koreans comprise the most foreign visitors on the island reaching 263,377 in 2014.