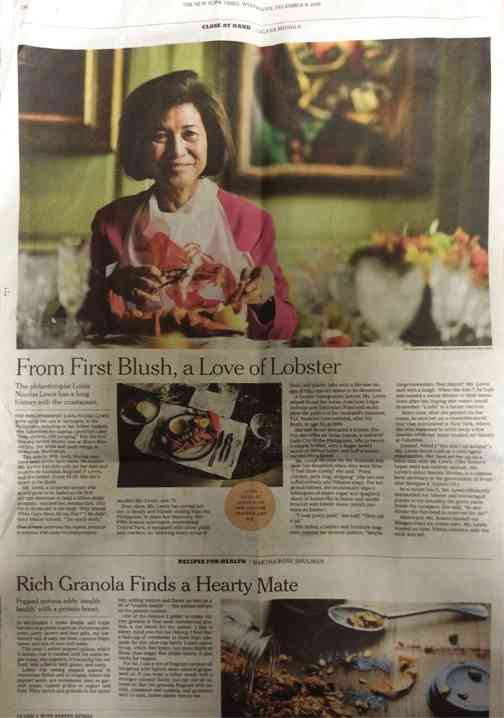 The Filipino-American philanthropist shares her pride in Sorsogon, her love for lobsters

Pulitzer-prize winning daily newspaper, The New York Times, featured Loida Nicolas Lewis in their Lifestyle and Food Section online, Dec. 7.  In “Loida Nicolas Lewis and Her Love of Lobster,” author Ligaya Mishan wrote a little about Lewis’ history, from her birthplace in Sorsogon City and her father’s plans for her to run for public office—to the first time she ate lobster during a nightout with her future husband, Reginald F. Lewis.

Here’s an excerpt from the article:

“The philanthropist Loida Nicolas Lewis grew up by the sea, in Sorsogon, in the Philippines, listening to her father bargain with fishermen for sapsap (ponyfish) and “fresh shrimp, still jumping.” But the first time she tasted lobster was at Max’s Kansas City, the artist and punk refuge in downtown Manhattan.

This was in 1969. Andy Warhol may have been in the back room. No matter: Ms Lewis had eyes only for her date and soon-to-be husband, Reginald F. Lewis, and the lobster. It cost $4.95. She ate it down to the shells.

Mr. Lewis, a corporate lawyer who would go on to be hailed as the first African-American to head a billion-dollar company, watched her, mesmerized. (His life is chronicled in the book “Why Should White Guys Have All the Fun?”) He didn’t fancy lobster himself. “Too much work,” recalled Ms Lewis, now 72.

A former immigration lawyer, Ms Lewis helped found the Asian American Legal Defense and Education Fund and multiplied the profits of her husband’s business, TLC Beatrice International, after his death, at age 50, in 1993.

She has never prepared a lobster. For this she relies on Delia Juarez, a native of Iloilo City in the Philippines, who presents it simply broiled, with a finger bowl’s worth of melted butter and half a lemon, carved into a flower.

Ms Lewis did cook for her husband and their two daughters when they were little. “I had three dishes,” she said. “Fried chicken, pork chop, sinigang” (the last one a distinctively sour Filipino soup). For her grandchildren, she occasionally slips a tablespoon of brown sugar into spaghetti sauce or bastes ribs in hoisin and sautés broccoli with lobster sauce (which contains no lobster). 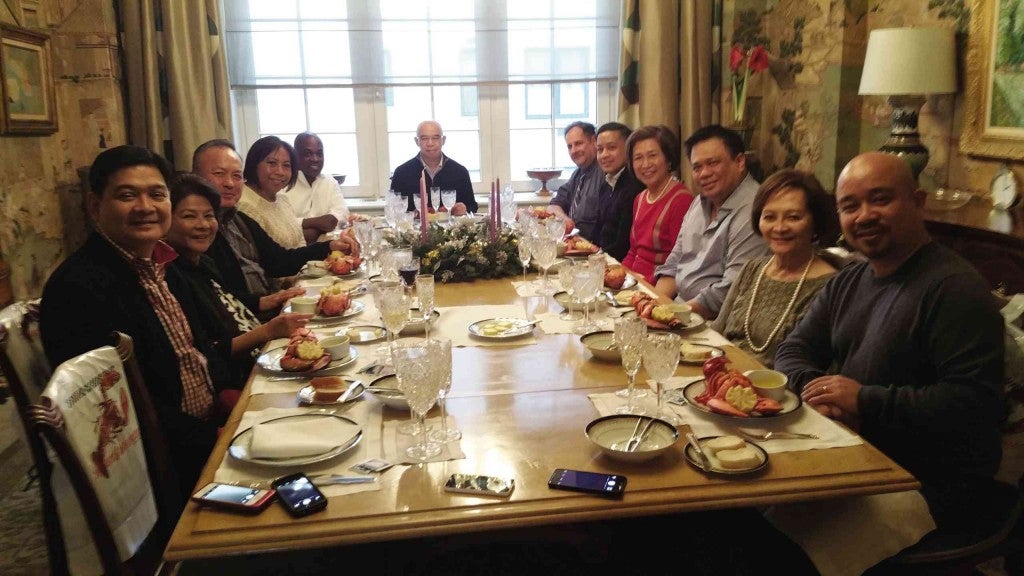