SAN JOSE, California – A translation and interpretation firm that provided services to the federal government and other clients violated federal labor laws and underpaid its nationwide corps of interpreters by $1.47 million in wages and benefits, according to the U.S. Department of Labor.

A Wage and Hour Division investigation found that Monterey-based Language Line LLC failed to calculate properly overtime payments due to employees working beyond 40 hours in a workweek, a violation of the Fair Labor Standards Act. As a result, the division ordered the firm to pay more than $500,000 in back wages and damages to 635 employees. 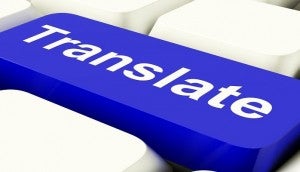 The division also initiated a separate investigation to determine whether Language Line paid its translators required prevailing wages and benefits when working on federal contracts covered by the McNamara-O’Hara Service Contract Act.

When the division determined that Language Line did not comply with the law, the division directed Language Line to review its federal contracts for compliance with SCA prevailing wage and fringe benefit requirements. After review, 2,428 translators nationwide will receive nearly $970,000 in back wages and benefits.

“Contractors that do business with the federal government must abide by the law, pay their employees the required contractual rates and benefits, and keep accurate and complete payroll records,” said Susana Blanco, director of the Wage and Hour Division in San Francisco.

“The Service Contract Act provides protections not only to workers, but also to employers who depend on the department to ensure that no company receives an unfair advantage by failing to comply with federal labor law,” Blanco added.

The SCA requires contractors and subcontractors performing services on prime contracts in excess of $2,500 to pay service employees in various classes no less than the prevailing wage rates and fringe benefits found in the locality, or the rates contained in a predecessor contractor’s collective bargaining agreement.

The FLSA requires that covered employees be paid at least the federal minimum wage of $7.25 per hour, as well as one and one-half times their regular rates for every hour they work beyond 40 per workweek. The law also prohibits employers from retaliating against employees for exercising their rights and requires employers to maintain accurate records of employees’ wages, hours and other conditions of employment.