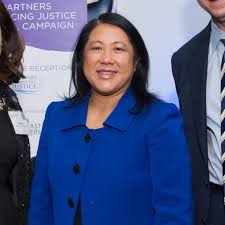 WASHINGTON, D.C. – A leading Asian American civil rights group denounced Republican presidential candidate Donald Trump for stating that he wants a stop to all Muslim immigration to the U.S.

“At a time when racial tensions are high, Americans are looking for leaders who can productively advance the dialogue around race, not use racial differences as a weapon to fuel bigotry and further divide our country,” said Mee Moua, president and executive director of Asian Americans Advancing Justice (AAJC).

Since the violent shootings in San Bernardino, California, which left more than a dozen dead, “the all-too familiar rhetoric perpetuating tired stereotypes of Muslim Americans has surfaced,” Moua said.

“As demographics shift, Americans need leaders who can recognize our previous methods of dealing with racial tensions were not effective, Moua said further. “Americans are looking for a leader who is going to move our country forward, and that means celebrating America’s rich diversity.”

In an effort to unify the nation, last night, President Obama, rightfully called on all Americans to “reject discrimination” and “reject religious tests on who we admit into the United States.”