LOS ANGELES— A U.S. appeals court Monday, December 1 upheld a jury’s $4.5 million award to a class of roughly 350 Filipino teachers who accused recruitment companies of demanding they pay massive processing and placement fees or face losing their jobs in Louisiana.

Affirming a California federal judge’s amended judgment following the jury verdict, the the Ninth Circuit decided that Los Angeles-based Universal Placement International Inc. and its principal, Lourdes “Lulu” Navarro, had to pay back the fees, along with about $1.3 million in attorneys’ fees.

The teachers on November 4 had asked the appeals court to uphold a federal jury’s $4.5 million award. 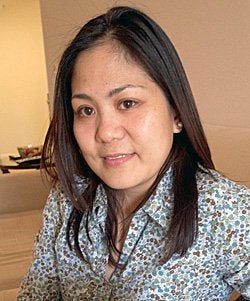 Mairi Nunag-Tanedo is one of hundreds of teachers recruited from the Philippines to teach in Louisiana public schools. SPLC PHOTO

A class of 347 Filipino teachers, who came to the United States to work on H-1B guest worker visas, said recruitment agencies and their agents misled them and collected millions of dollars in fees, according to Courthouse News Service. They reportedly paid up to $16,000 each to work in public schools in Louisiana.

The teachers incurred debts and the recruiters tried to silence them with threats of legal action and deportation, the teachers’ lawsuit claimed.

The school districts hired Navarro even though she was a convicted swindler who served time for defrauding the California Medi-Cal system of more than $1 million. She also pleaded guilty to money laundering in New Jersey, according to the August 5, 2010 complaint.