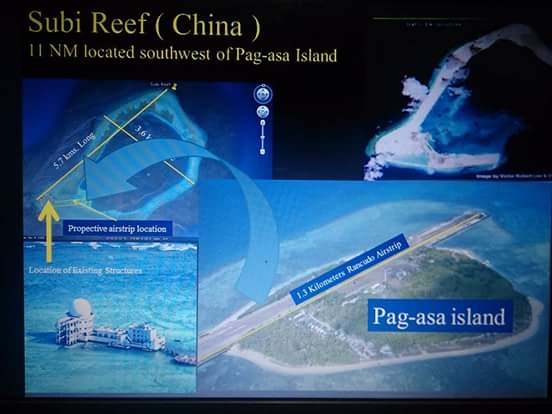 HAGUE, The Netherlands — The Philippines has sought to debunk China’s claims to disputed islands in the South China Sea, court officials said Monday as an international tribunal wrapped up a five-day hearing.

Although Beijing has refused to take part in the hearing before the Permanent Court of Arbitration, judges have now given China until January 1 to write a rebuttal to the case laid out by Manila in the Hague.

“We view China as a valued friend, and it is precisely to preserve that friendship that we initiated this arbitration,” Philippine Foreign Secretary Albert Ferreros del Rosario said Monday as he closed his country’s case, according to a court statement.

Beijing claims sovereignty over almost the whole of the South China Sea on the basis of a segmented line that first appeared on Chinese maps in the 1940s, pitting it against several neighbors.

But it is also a party to the UN Convention on the Law of the Sea (UNCLOS).

Manila has called for the tribunal, set up in 1899, to rule on the dispute, accusing Beijing of flouting the convention.

The Philippines argued “China’s claims to sovereign rights jurisdiction, and to ‘historic rights’, with respect to the maritime areas of the South China Sea…  are contrary to the Convention,” the court said in a statement issued late Monday.

The Philippines also believes China has failed “in its duty to prevent its nationals from exploiting resources over which the Philippines has sovereign rights and has failed to respect traditional fishing rights at Scarborough Shoal,” the statement said.

Beijing had also failed to protect the marine environment by using destructive fishing methods such as cyanide and explosives, while its ships were proving a hazard in the sea.

Even after Manila launched the court proceedings, Beijing had exacerbated the tensions by “building artificial islands at nearly all of the maritime features presently under its control,” Philippine officials told the court.

The hearing was held behind closed doors. But Australia, Indonesia, Japan, Malaysia, Singapore, Thailand and Vietnam were allowed to have observers present.

Beijing has never precisely defined its claims to the strategic South China Sea, through which about a third of the entire world’s traded oil passes.

The waters have become the stage for a tussle for dominance between Beijing and Washington, the world’s two largest economic and military powers.

Following a stand-off between Chinese ships and the weak Philippine Navy in 2012, China took control of the rich fishing ground called Scarborough Shoal that is within the Philippines’ claimed exclusive economic zone.

The court is now due to hand down a decision some time in 2016, even though Chinese officials did not attend.

It noted that Beijing’s consistent position was that it “has indisputable sovereignty over the South China Sea Islands and the adjacent waters.”