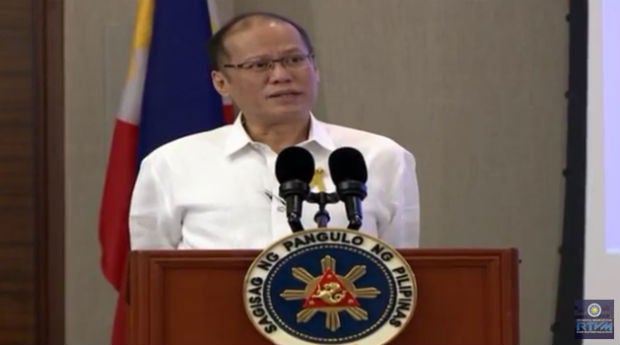 President Benigno Aquino III flew to Paris, France, Sunday morning to join other world leaders in forging a legally binding agreement that will aim to mitigate the effects of climate change, particularly the rising of global temperature.

Aquino left Manila past 10 a.m. and was expected to arrive in Paris for the 21st Conference of Parties (COP21) at around midnight.

Before leaving Manila, the President said that he would represent the Philippines which had become one of the countries in the world highly-vulnerable to the impacts of climate change.

Aquino is expected to deliver a three-minute speech during the Climate Vulnerable Forum where he is expected to underscore the Philippines’ experience of responding to climate change and recovering from natural disasters.

It was during Aquino’s term that the country was hit by super typhoon “Yolanda” (international name: Haiyan) in 2013 which killed more than 6,000 people in the Visayas and affected more than 16 million people.

Aside from participating in the climate talks, Aquino said that his visit to Paris would be a sign of solidarity with other nations in condemning the terrorist attacks in the French capital two weeks ago that killed more than 129 people.

Also, the President will urge French companies to set up shop and invest in the country.

After Paris, Aquino will fly to Rome to meet with Italian President Sergio Mattarella at Prime Minister Matteo Renzi where they will sign various agreements which will benefit Filipinos.

The President will then proceed to Vatican City where he is expected to meet Pope Francis in return of the pontiff’s visit to the Philippines last January. He will also witness the unveiling and blessing of a mosaic sculpture of Our Lady of Peñafrancia.