Youth protesters not barred from sailing to Kalayaan, but… | Global News

Youth protesters not barred from sailing to Kalayaan, but… 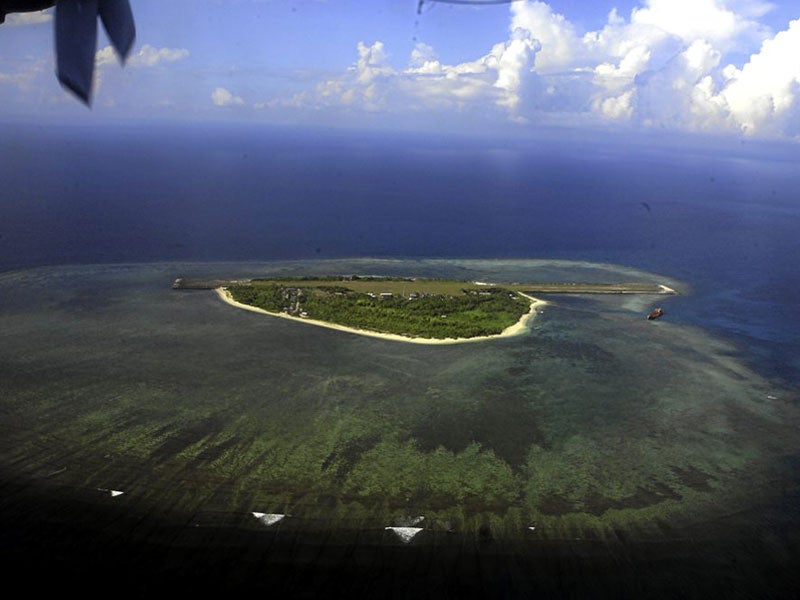 A ranking military officer has denied barring a group of youth volunteers from staging a month-long protest against China at the Kalayaan group of islands, contrary to what the youths had claimed.

Vice Admiral Alexander Lopez, chief of the Armed Forces of the Philippines’ Western Command, said he was misquoted, maintaining that he never told the youths—members of Kalayaan Atin Ito—that China would get angry over their protest.

Lopez said he told the five students who came to his office seeking support for the protest that granting them authorization was beyond his level and he was of the opinion that their activity was uncalled for or not timely given the situation.

“We should not conduct activities that would tend to escalate the tension [with China]. They [the youths] said it was nonconfrontational. I agree with that. But if you do that in a disputed area, there’s an operational dimension to it; it will become provocative,” he said.

He noted that the Philippines’ case against China over the latter’s incursions in the West Philippine Sea was currently being heard by a United Nations arbitral tribunal and that as part of national policy the country should not do things that could weaken its case.

He said there was no way of telling what China’s reaction would be but this did not mean he was defending Beijing or he was afraid that China would get angry.

“This is not an excursion to Corregidor or Puerto Princesa, or a peaceful mass or street protest. There is a big security factor, especially for the youth who may not be aware of the perils of the sea at this time of year,” Lopez said.

He said he spoke to his young visitors for four hours about the dangers of the trip, but he ended up being dejected when the opposite of what he had told them came out in the news.

He said that if military higher-ups would approve the protest, he would also support it.

As to the request of the youth group for a military task force to oversee their security, Lopez said the AFP will not militarize the situation in order not to escalate tensions.

Some 10,000 youth volunteers are planning to sail to Kalayaan to show up the Chinese who lay claim to the islands on which there exists a Philippine municipality. The youth plan to remain on Kalayaan from Nov. 30 to Dec. 30 to assert the country’s claim.

News reports quoted the group as saying Lopez had told them not to proceed as it would anger China.

Defense Secretary Voltaire Gazmin said the government acknowledged the youth’s patriotism but advised them not to push through with their protest in the meantime.

He said the volunteers would not be accompanied by military assets and the sea conditions were not safe for travel to the Kalayaan islands.

“We are concerned about their safety and they will be on their own, without military assistance,” Gazmin said, adding that local officials of Kalayaan themselves had said they could not accommodate 10,000 volunteers.

For his part, Lopez said: “I am really proud of these youths. They asked me what I thought. I thought it was untimely. You can also channel your resources, your efforts to less risky activities but with an equally significant impact.”