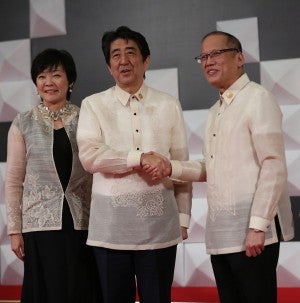 In a bilateral meeting on the sidelines of the Asia-Pacific Economic Cooperation (Apec) summit in Manila on Thursday, Japanese Prime Minister Shinzo Abe and President Aquino agreed on the hiring of Filipino domestic workers in the special economic zones in Japan’s Kanagawa and Osaka Prefectures.

The agreement, however, was still vague on the number of workers from the Philippines Japan would need.

“It depends on how many people are wanted on the Japanese side. Based on the need, we will have the appropriate number of workers,” Kawamura said.

The spokesperson said Japan wanted to begin hiring “by the end of the year at the earliest.”

“Abe requested from the side of the Philippines that the necessary preparations must be made so the agreement could be smoothly implemented,” Kawamura said.