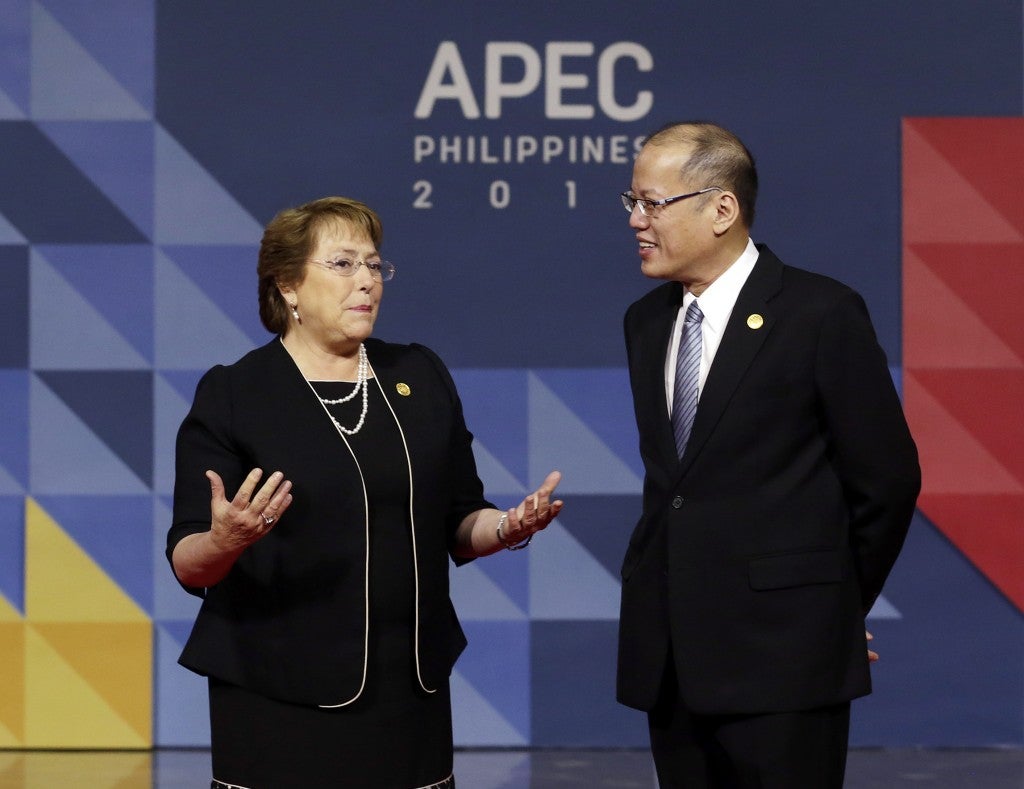 Chilean President Michelle Bachelet has left the country following her attendance to the Asia-Pacific Economic Cooperation (Apec) summit and a state visit.

Bachelet left with her black military plane back to Chile on Thursday night.

Government officials were at the Ninoy Aquino International Airport (Naia) Terminal 1 to send off Bachelet.

In her four-day stay in the country, Bachelet was able to speak about women’s issues, guest in the Apec CEO Summit, and sit with other leaders of the 21 member-economies at the Apec Economic Leaders’ meeting.

She also met with President Benigno Aquino III where they signed a memorandum of understanding on disaster risk reduction management.

They also signed a letter of intent on conducting a joint study exploring the possible benefits of a free trade agreement between Manila and Santiago. RC