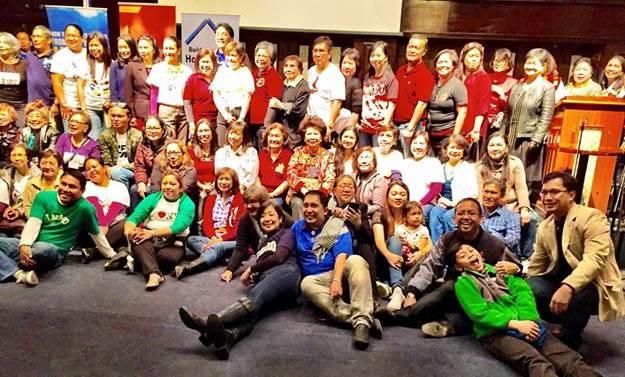 Some 180 members of Philippine alumni associations gathered for the fourth Homecoming sa Konsulado at the Philippine Center/Philippine Consulate in New York. CONTRIBUTED PHOTOS

NEW YORK CITY–Alumni associations of Philippine educational institutions gathered November 7 at the Philippine Consulate for the biggest Homecoming sa Konsulado yet in the event’s four years.

Homecoming sa Konsulado, now on its fourth year, was first launched in 2012 as a way to gather alumni of Philippine schools, colleges and universities and help expand their respective alumni associations’ membership.

To give more meaning and relevance to the annual activity the participating alumni associations were offered projects they could consider adopting to benefit their respective alma maters, their students and graduates, and the Filipino American community in the U.S. Northeast in general.

Consul General Mario L. de Leon Jr. urged participants to continue going beyond the gathering and adopting a civic purpose. He cited the launching at Homecoming 2014 of the Community Bulletin Board, a virtual marketplace of activities, opportunities, services and products that Filipino-Americans may find useful.

“Whichever project we choose to pursue, I hope it will reinforce the relevance of the HSK endeavor in our continuing goal to serve the higher interest of the Filipino-American community in this part of the US,” de Leon said. 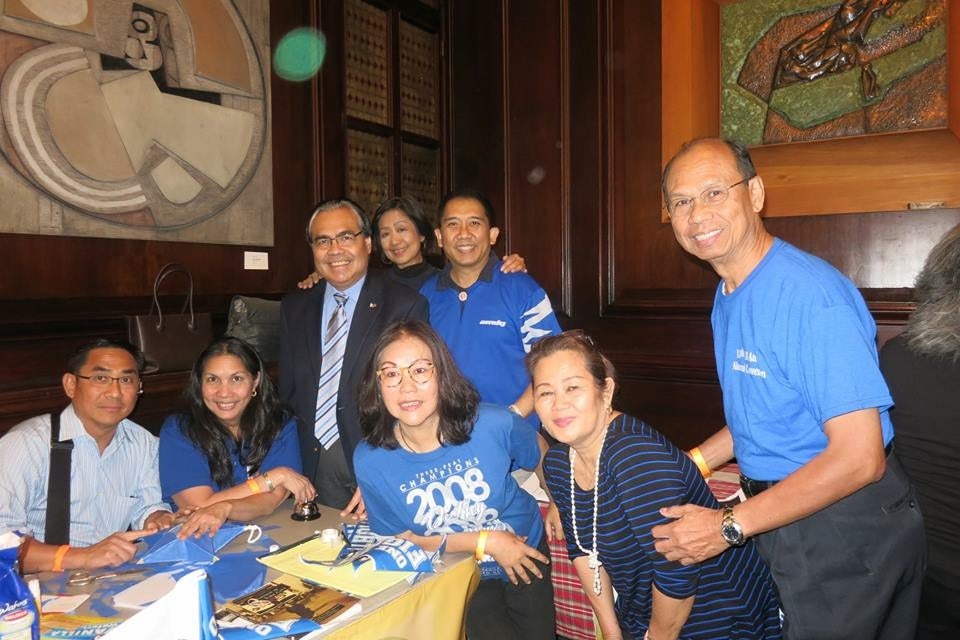 Much of the morning session was devoted to this objective, during which Prof. Eugene Reyes of Baruch University gave a short talk on existing opportunities in the U.S. that students and graduates of Philippine universities can use in order to get ahead in their chosen professions.

Other resource speakers shared information on important issues and activities.

Dr. Mars Custodio of the University of the Philippines Medical Alumni Society in America (UPMASA) who gave a brief presentation of the state of the AIDS situation in the Philippines.

Attorney JT Mallonga explained the importance of voters registration in order for the Filipino American community to gain influence among U.S. legislators.

Jorge Z. Ortoll invited the participants to support Ma-Yi Theater Company, a pioneering theater group in New York whose aim is to advance the works of Asian Americans writers.

The rest of the whole-day affair was devoted to strengthening the ties between the participating alumni associations through games, talent presentations and the traditional parol-making contest.

The University of the Philippines Nurses of the East Coast (UPNEC) took home the prize for Best Talent Presentation, while Assumption College was the winner for Best Parol.  Assumption also bagged the Best Attendance prize, with 28 of their alumni representing their school.

A special presentation by Cutuy Herrerro, accompanied by Ner Martinez on the piano, representing Ateneo’s IBK Band, rounded off the afternoon’s performances.  IBK was the winner of the “Bandastiks”, a competition of live bands representing the various alumni associations held last October 24 in Manhattan.

To cap the day’s activities, raffle prizes were awarded to lucky participants.  Rissa Hidalgo of Assumption College drew the lucky ticket for the Apple Watch, donated by her fellow Assumption alumnus Niñez Arreglado, while Ma. Guia San Jose of St. Paul College, Manila, won the day’s grand prize of a round-trip ticket to the Philippines given by Philippine Airlines.