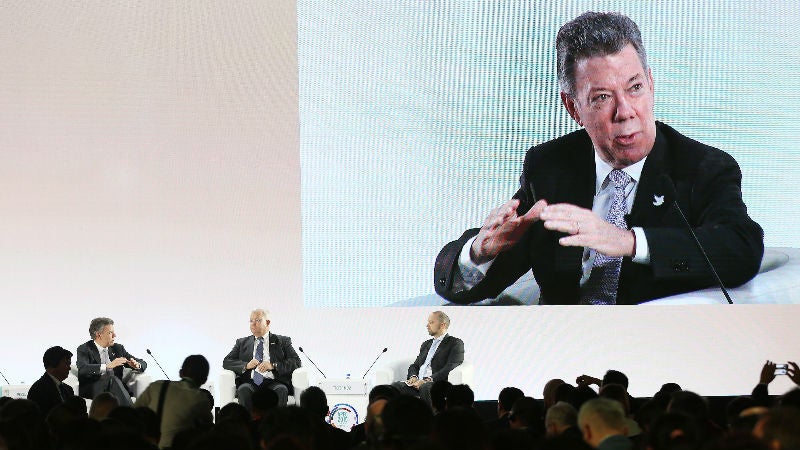 AS THE representative of the sole nonmember economy invited to be an observer to the Asia Pacific Economic Cooperation (Apec) Summit, Colombian President Juan Manuel Santos’ hope for his country to be a part of the powerful bloc has been rekindled.

During a press briefing in Manila, Santos noted that he began knocking on Apec’s door 25 years ago when Colombia opened its economy.

At the time, he was Colombia’s minister of foreign trade.

“To be a member of Apec for Colombia is a very important step forward,” Santos said.

“That’s why this invitation [to be] the only country to come as an observer, not as a full member, is a very good sign” for Colombia, he said.

The Apec would not accept any new member since it imposed a 10-year moratorium on membership in 1997, after complications arose about the criteria to be used. In 2007, the moratorium was extended.