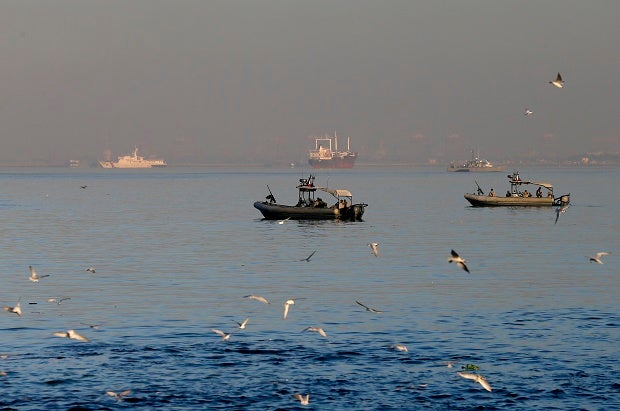 Naval vessels are positioned near the venue as security has been tightened leading to next week’s Apec (Asia Pacific Economic Cooperation) Summit of Leaders Saturday, Nov.14, 2015 in Manila, Philippines. Thousands of police and soldiers are mobilized for the annual summit of the APEC which is slated Nov.18-19, 2015. AP

MANILA, Philippines — Philippine officials say government forces have been placed on full alert following the deadly attacks in Paris and steps have been taken to ensure the safety of President Barack Obama and other Asia-Pacific leaders meeting in Manila next week.

President Benigno Aquino III expressed outrage over the Paris attacks that killed at least 120 people. He says the Philippines stands with France as France has stood by the Southeast Asian country when it was devastated by deadly Typhoon Haiyan two years ago.