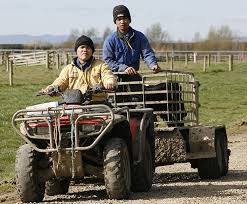 SAN FRANCISCO—Filipino dairy workers in New Zealand who may have provided incorrect information about their qualifications and experience with their original work visa applications may get a reprieve, the country’s Immigration Minister Michael Woodhouse announced November 3.

The clarification was necessary in the wake of an alleged immigration scam busted three weeks ago by authorities. Immigration New Zealand (INZ) has declined 10 new work visa applications by Filipino dairy as a result of the bust. The workers face deportation.

A 35-year-old dual national Waikato woman, whose name has been withheld, faces three charges relating to the alleged fraud in which up to 1,000 Filipinos working on New Zealand dairy farms paid thousands of dollars for visas obtained using false information.

Normally the provision of false information would disqualify the applicant from receiving a work visa unless they were granted a character waiver.

Under the new immigration instructions that Woodhouse announced, applicants who admit to previously providing incorrect information but who are compliant in all other respects will be eligible to be granted a further work visa, as long as they meet all other Essential Skills requirements.

The approach, said Newhouse acknowledges that many of these workers “are making a significant contribution to their employers and their communities and are well-settled in New Zealand.”

The majority of the Filipino dairy workers were in four regions: Canterbury (39 percent), Southland (22 percent, Waikato (13 percent and Otago (10 per cent).