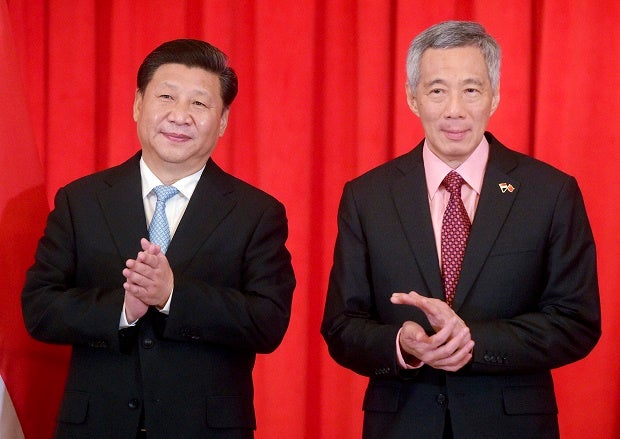 SINGAPORE — China’s President Xi Jinping on Saturday promised to safeguard freedom of navigation in the South China Sea, where tensions have flared over overlapping claims and the US Navy’s moves to challenge Beijing’s massive island building.

Speaking at the Institute of Southeast Asian Studies at the National University of Singapore, Xi said that there has never been any problem with freedom of navigation and overflight and “nor will there ever be in the future.”

He said that China needs unimpeded passage through the waters more than anyone else.

“We have absolute confidence and capability in maintaining the peace and stability. This can be done through negotiations and the establishment of reasonable maritime rights,” Xi said.

China criticized last week’s patrol of the USS Lassen, a guided-missile destroyer, within the 12-nautical-mile (22-kilometer) territorial limit of Subi Reef, one of the South China Sea features that have been claimed, expanded and reinforced by China over objections of other claimants, particularly the Philippines.

The US Navy said it wanted to demonstrate the principle of freedom of navigation.

China has called it a “deliberate provocation,” and sent two warships to shadow the US vessel and issue warnings. Although China labeled the action illegal, international law allows warships to transit other countries’ territorial seas under the principle of “innocent passage.”

In an apparent reference to the US, Xi said that China welcomes countries from outside the region to participate “in the peace and development of Asia and leave a positive influence.”

China “is committed to working with countries with direct stake in the issue to solve the disputes on the basis of respect of historical facts, according to international laws and through discussions and negotiations,” Xi said.

The US does not recognize the man-made features as legitimate islands entitled to territorial seas, and US officials say they plan to patrol near them on a regular basis to enforce that view. China has reclaimed approximately 2,000 acres (809 hectares) of land in the Spratly island chain since last year, and is now adding harbors, housing and airstrips.