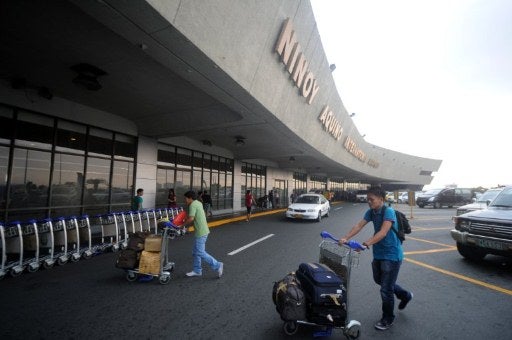 The United Nations (UN) has warned its staff against the “tanim-bala racket” at the Ninoy Aquino International Airport (Naia).

In an internal memo, the UN Department of Safety and Security (UNDSS) advised staff of the international body to lock their bags and even wrap their luggage in plastic if passing through the Manila airport.

The UNDSS,   which “ensure[s] security for (UN) staff and eligible dependents,” issued the advisory amid reports of bullets being planted in bags of travelers as a prelude to extortion.

“Staff members are advised to keep your luggage with you, lock your luggage, and consider wrapping your luggage in plastic as an extra security measure,” the agency said.

“Surveillance at the airport has been stepped up since the complaints began and an investigation has been launched into the personnel accused of involvement,” it added.

President Benigno Aquino III has ordered an investigation into the scheme.

Data from the Philippine National Police Aviation Security Group (PNP Avsegroup) said the number of travelers apprehended with bullets in their luggage this year was the highest in four years.

The PNP Avsegroup early this week downplayed the possibility of planting the bullets in the bags of the passengers, saying it was possible that the bullets are used for “good luck charm” or “protection.”

The controversy has drawn the attention of international media organizations.

Because of the incident, calls for the resignation of Manila International Airport Authority General Manager Jose Angel Honrado, Transportation Secretary Emilio Abaya and other airport officials have been made but Malacañang shrugged it off. CB