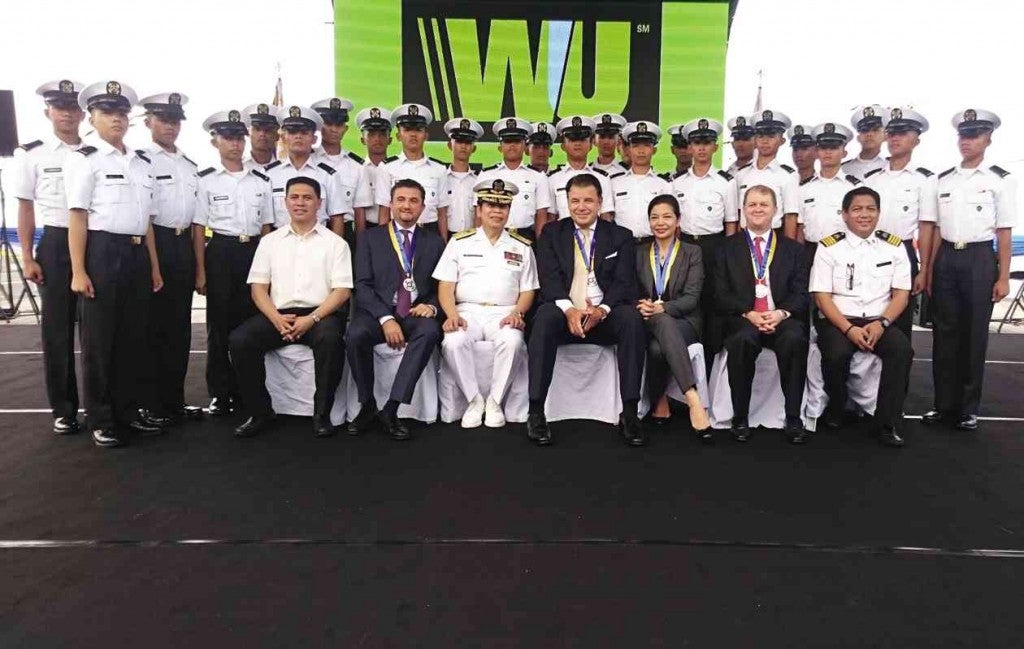 During his recent trip to Manila he said Filipinos, especially overseas Filipino workers (OFWs) and seafarers, are one of the biggest drivers of growth not just for the Philippine economy but for their adoptive countries as well.

“We call overseas workers as ‘dual belongers’ and seafarers as ‘multibelongers,’ which mean they belong and contribute to more than one economy. Not many realize this but when Filipinos go to another country for work, they not only help sustain the Philippines’ economy’s growth through the remittances they send, but living in another part of the globe, they also help boost local businesses and economies, which, in turn, help the economy of their country of residence,” Ersek says.

“By being one of the biggest contributors of overseas workers, and in fact, the biggest nationality bloc in the shipping industry, with one of every four mariners worldwide coming from the Philippines, the Filipinos—more than any other race—are helping sustain global growth,” he adds.

According to data released by the Philippine Statistics Authority, in 2014, around 2.3 million Filipinos traveled out of the country to work abroad.

Hikmet made a trip to Manila to join the celebration for Western Union’s 25th anniversary in the country. For its milestone year, Western Union announced several initiatives to reaffirm its commitment to moving Filipinos for better. This includes helping provide better learning facilities for 25 public school libraries all over the Philippines through Tanyag (Technology Aiding Nation’s Youth to Accelerate Growth), a program that the company will launch in partnership with Knowledge Channel Foundation.

Hikmet, who was present at the inauguration, expressed his belief in the value of education in moving the nation forward, “We recognize that better education is the key to global success—it just is. When you have well-educated people, you grow as a nation. When you have well-educated people as leaders, there is less war, because they are more diplomatic.

Tanyag is our way of helping move the Philippines and ultimately the world for better through quality education.”

Western Union Philippines recently made headlines when it broke the world record for the largest coin mosaic ever built, snatching the title away from the United States of America with a 252.78-square-meter mosaic of its 25th anniversary logo. A major part of the mosaic, which is comprised of approximately 500,000 coins in different denominations, will be used to fund Tanyag.

In addition, the Heroes for Better campaign is the company’s effort to recognize 25 Filipinos around the world who have made a positive difference in their communities through their own selfless acts and advocacies. The campaign granted the 25 modern heroes with resources that they could use to advance their initiatives.

“We learned and continue to learn a lot from Filipinos. Thanks to the Filipinos’ hospitality, creativity and resourcefulness, we have been able to improve our operations tremendously. You are a special people and the Philippines has and always will hold a special place in Western Union,” Ersek says.

Western Union is a leader in global payment services. Together with its Vigo, Orlandi Valuta, Pago Facil and Western Union Business Solutions branded payment services, it provides consumers and businesses with fast, reliable and convenient ways to send and receive money around the world, to send payments and to purchase money orders.

As of June 30, Western Union, Vigo and Orlandi Valuta branded services were offered through a combined network of over 500,000 agent locations in 200 countries and territories and over 100,000 ATMs and kiosks, and included the capability to send money to millions of bank accounts.

Read Next
Chinese premier arrives in Seoul for three-way summit
EDITORS' PICK
DOH says COVID-19 cases plateauing, but public shouldn’t be ‘complacent’
Look Through: The fate of impounded stray dogs
House energy committee chair Arroyo bats for cheap electricity
23,000 cops to be deployed nationwide for school reopening
Unleash the photographer in you this World Photography Day with vivo smartphones
What to watch out for when selecting a video surveillance solution
MOST READ
Sharon Cuneta asks for prayers for friend in ICU who suffered silent stroke
Light therapy could be the answer to your sleep problems
Korina Sanchez reunites with former ABS-CBN co-anchors Julius Babao, Cheryl Cosim
PBA: San Miguel ousts Meralco to arrange finals duel vs TNT
Don't miss out on the latest news and information.