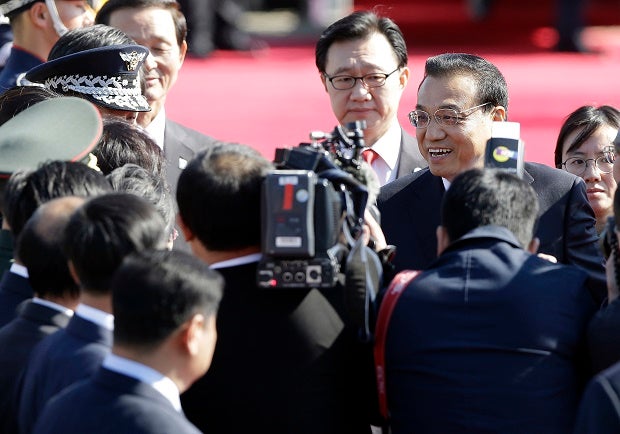 Park and Li were set to hold a separate meeting on Saturday with a likely focus on trade issues between the close economic partners. Analysts said Li might also seek some sort of assurance from Park that Seoul will keep a neutral stance over the recent flare-up between Washington and Beijing in the South China Sea.

Sunday’s trilateral summit will be the first between the countries since 2012. The meetings were shelved after Japan’s political ties with its two neighbors deteriorated over disputes stemming from its wartime aggression and territorial claims.