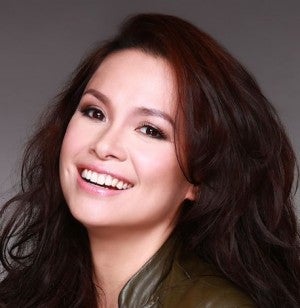 NEW YORK CITY—Beyond “Allegiance,” Lea Salonga spoke on a wide range of topics that included Philippine politics, the social media vitriol and the remote possibility of retirement, during an intimate talk with the authors at the London Hotel here.

“I get annoyed when my words become twisted around,” she asserted. “And then I realized what’s the point? I just have to let it go. That’s really it.”

Lea said criticisms do not bother her. In more than 30 years that she’s been in the public eye, she has learned to not take them personally.

“Once I release something, there are people that do get it and they get it. With those people, I can have an intelligent discussion. This is the person that I can have a friendly banter. We don’t have to always agree. But at least there’s enough respect between the two of us as human beings that there will be no ad hominem attacks between one another. Because once you get into ad hominem territory, that’s it. I will not have a discussion with you, because it’s pointless,” she said.

But when criticism sinks to the level of personal insults, Lea will not give the Internet commenters time of day.

“Once you start insulting me, what kind of argument will I have with somebody who’s insulting me? Argument is not fighting. This is the misconception of argument versus fight. You insult me oo magka-away na tayo. At hindi na kita kakausapin kasi magka-away na tayo eh. Inaaway mo na ako eh. Why will I talk to you pa? But if it’s argument, it’s sorry but I have to respectfully disagree with your point and then OK we can have a discussion. And then I’ll see your point of view, or you’ll see mine.”

Lea disclosed how she was a member of the debating team in school. She did not always win, but she knows how the rules are played and that Internet trolls don’t always play by the rules.

“I always lost debates, but it’s fine. It’s OK cause then you’ll learn how to stand up for your point and for your side without it turning it into a nasty insult, hurling nasty things at each other. I will have disagreements about the RH Bill. I will have disagreements on
same-sex marriage. You can still respect one another even though your points of view will differ,” she said. 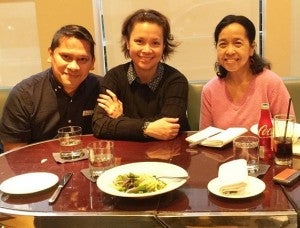 She did express excitement over the candidacy of Leni Robredo, who is running for Vice President under the Liberal Party.

“I did get excited when Leni Robredo threw her hat into the VP ring. I was like ‘Ohh, I have my candidate for VP,’” she said. Her mind’s not made up on a President though.

She knows Robredo personally. “I just love her as a human being. She’s lovely and smart. So I’m supporting her.”

At this juncture during the interview, she was reminded she had to register as an Absentee Voter so she could vote.

Lea’s daughter, Nicole, is in Grade 3 and learning the ropes of leadership as class president. She said Nicole got votes because she is “friendly popular” and not because she is the daughter of a Broadway actress.

“I don’t always show up in school so her friends don’t necessarily know who mom is,” she said. “They’ve known only later. ‘Excuse me, are you Lea Salonga…’ One, she doesn’t use Salonga in school. She uses Chien.”

She disclosed how Nicole has sometimes complained that some of her classmates do not follow her.

“I tell her, ‘Honey this is not an excuse for you to boss people around.’ This does not mean that you can boss people around and do whatever you want or bully people. Listen to everybody. And then she complains about the responsibility. That doesn’t mean you start shouting at people. She’s learning.”

At 44, Lea does not see retirement coming any time soon. She remains busy as judge-mentor in The Voice Philippines. Occasional roles, like in “Allegiance,” return her to her first love, which is theater. The year prior, she was on a world tour with the Italian classical singing group Il Divo.

The voice that captivated audiences on Broadway and won her the coveted Tony Award Best Actress remains first-rate, as exquisite as when she first sang “Last Night of the World” in “Miss Saigon” in the 1990s.

“I can’t drink a lot of alcohol because it’s dehydrating,” she said. “If I had one drink, that’s OK to kind of unwind. I actually can (eat ice cream).”

Dairy and coffee are taken in moderation. Said Lea, “Not a lot of chocolate. But I do love my cheese. I do have coffee every day as long as I limit the amount. I need to be alert. As long as I don’t drink more than a cup before the show, I’ll have a cup to start my day.”

There is no bucket list, but if Lea had one, it would be a duet with Barbra Streisand.

She said, “I’d like to sing with Streisand one day. Then I can take that off and I’ll be done. I can die after that.”