Most Filipino workers in U.S. are overqualified—Transfast survey 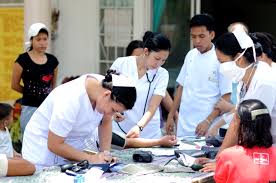 NEW YORK–A majority of Filipinos in the U.S. are overqualified for their jobs and find their U.S. workplace to be more stressful than workplaces in the Philippines, according to a recent survey. Yet, they overwhelmingly agree that the U.S. is still the land of opportunity.

The finding is based on a survey of 400 Filipino who send money home from the U.S. conducted by international money transfer firm Transfast.

More than 80 percent of respondents say they have more skills than required by their jobs in the U.S. and 72 percent describe their U.S. workplace as more stressful than the ones they’d experienced in the Philippines.

Still, the vast majority — 93 percent — agrees there are more opportunities offered by their job in the U.S. compared with jobs in the Philippines.

All survey respondents send money to the Philippines using a computer and/or mobile phone app, with the majority sending money to family. Some participants also reported sending money to “themselves” (7.5 percent), likely for investment opportunities such as real estate or to save for retirement.

“People who come here for work are playing vital economic roles by contributing to the U.S. economy and also adding to the GDP of their home country when they send money back to family and friends,” says Samish Kumar, Transfast’s CEO.

Kumar adds: “To Transfast, the survey results show that our mission of always providing great value for your money plays a role in helping our customers succeed, because when you’re working longer hours in a more stressful environment, every dollar saved matters. The World Bank’s Remittance Prices Worldwide database currently ranks Transfast #1 for lowest-cost service for sending $200 remittances from the U.S. to the Philippines.”

Survey respondent Joanna Loresto, 47, of San Rafael, California, says, “What I have achieved here in the U.S., is a lot. I just left my job and I’m so fortunate I could go wherever I want to, and employers will hire me. Owning a home, buying any car I want — I’m proud of it. I can give my son the best education. I have three siblings in Philippines and a lot of cousins, and I’m thankful that I can be the one helping out.”

“Yes, the U.S. is the land of opportunity,” says respondent Ruben Espiritu, 56, of Garner, North Carolina. “There are a lot of jobs here. The economy in the Philippines is getting better, though.”

When Transfast conducted the same survey in the U.S. among immigrants from all nationalities, there were many similarities with Filipino immigrants.

Work till they drop

When asked where they intended to retire, Filipinos again stood out against the general population of U.S. immigrants.