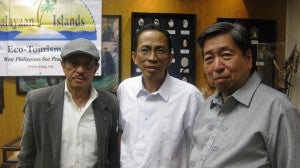 SAN FRANCISCO–“I was thinking of stopping already and leave that place because I see no more light. I have no more encouragement.”

This was how hopeless the indefatigable Mayor Eugenio Bito-onon, Jr. of the lone Barangay of Pag-Asa (Hope) felt before his trip to the United States. He governs a place in the Kalayaan Islands in Palawan with 250 residents. It’s on the frontline against China’s aggressive attempts to claim the South China/West Philippine Sea.

Bito-onon shared his feelings with Bay Area Filipino community leaders as he detailed the plight of his constituents in the face of China’s bullying behavior and the seemingly puny response of the Philippine national government, which has tried to wrest the high moral ground by relying on international law.

“But when I met these people, I gained inspiration, a new inspiration. I have one more term so I will go for it,” the mayor declared, referring to the U.S. Pinoys for Good Governance (USP4GG) and the National Federation of Filipino American Associations (NaFFAA), which sponsored his trip. “They are here to help me prod the national government to support my grandiose plan, and I can do all these projects in Kalayaan.” 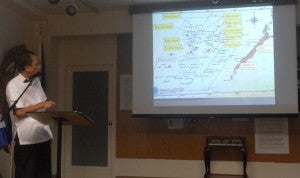 Bito-onon lamented that he didn’t get the same encouragement back home, although he opted not to elaborate as “I may step on someone’s foot as there are political implications.” He merely added that he’d been in Pag-asa for almost 18 years and would not have come to the U.S. had he received the necessary inspiration and support back home.

“I have come to talk about my program and agenda for the next three years of Eco-Tourism for peace to be self-sufficient,” Bito-onon explained. His dream is to use eco-tourism to bring people together, promote culture, enhance connectivity and provide livelihood while protecting marine resources we have in Kalayaan.

“And with this we hope we can put up commercial and other economically viable activities there and we occupy the reef on a sustainable longterm basis. I am here to seek any assistance, in whatever form and manner for Kalayaan,” the mayor said. 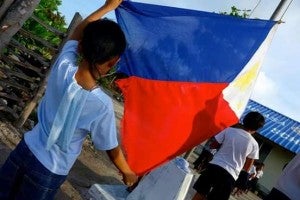 Bito-onon would like to do what Malaysia did with Avillion Layang Layang, an exclusive five-star dive resort based on an island near Sabah, East Malaysia. His submitted Tourism Master Plan for CY 2016, which calls for the Department of Tourism (DOT) to provide 1.5 million pesos for the study and Kalayaan to provide 1.4 million in counterpart funds.

“I am positive that the national government will help in my eco-tourism development proposals. There is nothing more we can do to the islands except to develop them as tourist or fishing destinations. Either way, I am positive that they will help especially with the help of lobby groups like USP4GG, NaFFAA and others,” he stated.

Bito-onon already has a memorandum of agreement (MOA) with the DOT for the construction of a pasalubong center, an initial tourism facility, although the MOA on the tourism master plan is still to follow. 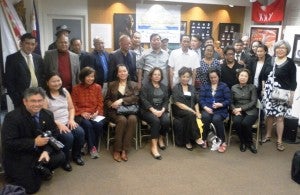 Bito-onon’s top priority is a much-improved and civilianized airstrip and the port, the sheltered harbor, which will support livelihood activities in fishing and tourism.

“Right now the problem is that we have to wait until the arbitration case could be settled because the government is adopting the high moral ground policy so we cannot move in the same way China does,” rued Bito-onon.

It will be recalled that the Philippines filed a case against China’s alleged occupation of Philippine territories before an international tribunal and is consistently avoiding moves that may be misconstrued as mimicking China’s encroachments.

Bito-onon was quick to add that they don’t have a single doctor or nurse assigned and would appreciate it if medical missions from the U.S. are sent. He reported, however, that the Department of Health has set aside 10 million pesos for the construction of a standard new rural health unit by the end of the year.

“I thank the Filipinos in major cities such as New York, Washington, D.C., Los Angeles, San Francisco, Union City and other places like San Diego that invited Kalayaan to be a sister municipality, for inviting me to speak and be the living proof that the municipality of Kalayaan exists debunking the belief that there is no community there,” Bito-onon said.

Reacting to Bito-onon’s presentation, Atty. Ted Laguatan, who with the Atty. Rodel Rodis, was among the first to sound the alarm on China’s encroachments, said the eco-tourism proposal is a difficult one.

“I think because of this situation, the question remains if it is doable given China is not agreeing to all kinds of proposals unless we agree that the territory belongs to them. So at this point that is a very difficult proposal,” Laguatan argued. 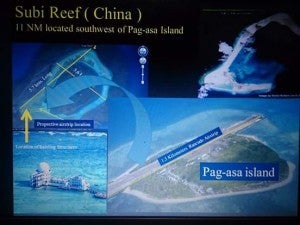 For his part, Rodis regarded the Bito-onon talk as quite informative that aroused the interest of the people in the audience on how they could help the people of Kalayaan.

“I personally admire his courage and vision for his municipality. It reaffirms our faith in the Filipino people and the nation. It is very inspiring. To have the Filipino community to meet him, up close and personal to listen to the presentation, to ask questions, and to understand the issues more than we have already heard,” Rodis observed, noting that China’s expansion activities was among topics that President Obama and China’s President Xi Jin Ping discussed in the White House recently. 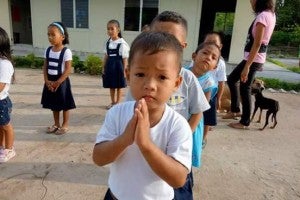 Rodis also remarked that the talks the Kalayaan mayor delivered were so important that it deserved the kind of attention it drew as witnessed by the large attendances in forums all over the U.S.

“This is an issue that involves the interest of the Philippines because who controls the West Philippine Sea controls the resources that are underneath composed of some 50 billions barrels of oil, quadrillion cubic feet of natural gas enough to make the country energy independent so no one will have to be a slave in the Middle East if we utilize the resources to our people. The future of the Philippines is in the West Philippine Sea,” declared Rodis.