No Americans or Caucasians killed in Mamasapano clash–De Lima 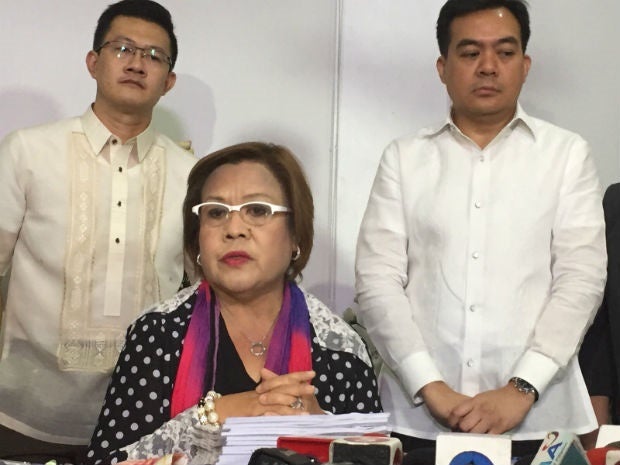 Justice Secretary Leila de Lima presents the results of part 2 of the investigation on the Mamasapano clash. JOAN BONDOC/INQUIRER

Justice Secretary Leila de Lima said fair-skinned members of the Special Action Force (SAF), who were among those killed in the Mamasapano operation to get terrorist Zulkifli Bin Hir aka Marwan last Jan. 25, 2015, might have been mistaken for Americans or Caucasians.

Based on the report by the Special Investigation Team composed of members of the National Prosecution Service and National Bureau of Investigation, no Americans or Caucasians were killed during the clash in Mamasapano.

(There is no truth to those [claims] based on the investigation. There are SAF commandos who have fair complexion who might be mistaken for Caucasians, such as Tabdi, Golocan and Cempron. Their features might  be mistaken as Caucasian, but it had  not been proven that there were actual Caucasians in the field.)

The team reported that the US participation in the Oplan EXODUS or the operation to get Marwan included intelligence gathering, deployment of fixed wing surveillance aircraft, provided personnel to man and operate surveillance and communication equipment at the Tactical Command Post (TCP) as well as medical and humanitarian assistance.

With regards to the video showing a “blue-eyed man” as among the dead in Mamasapano, de Lima said he was identified as Police Officer 1 Oliebet L. Viernes who hails from Tuguegarao City.

“As to the video [allegedly] showing a ‘blue-eyed man’ as among the dead, the identity of the SAF commando seen in the video was later revealed by a widow of one of the fallen SAF commandos as her late husband, PO1 Oliebet L. Viernes,” de Lima said. CDG