Lea Salonga feted on her return to Broadway with ‘Allegiance’ 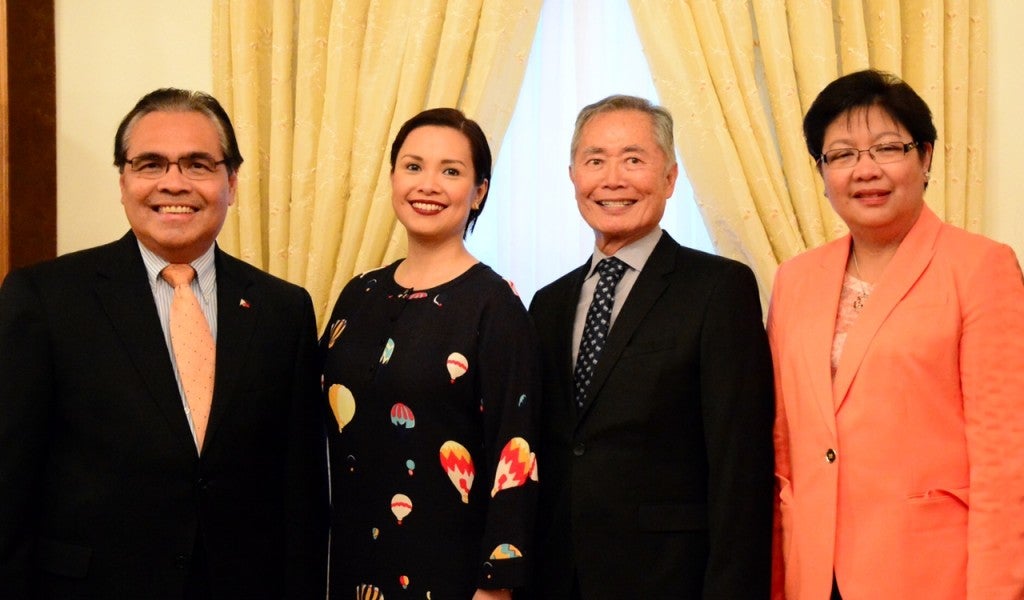 Joining the group of 50 invited guests from the Filipino American and mainstream press and theatre aficionados were “Allegiance” producers Lorenzo Thione and Andrew Treagus, Jay Kuo who co-wrote the book and penned the lyrics and music, as well as Lea’s co-star George Takei, who is making his Broadway debut in the show inspired by his immigrant story.

Consul General De Leon welcomed the guests during the short program, and recalled how 24 years ago in his previous term as a Consul, “Miss Saigon” was the hottest ticket in town, with Lea headlining the show in the role of Kim.

She later on won the Tony Awards, Drama Desk, Theater World and Outer Critics Awards for her heartbreaking portrayal of the said role.

Salonga expressed her excitement in her Broadway comeback and thanked the community for their warm reception. She related the seven-year preparation and planning process that she, the creators and producers underwent before finally putting “Allegiance” on stage.

“Allegiance” is set to open at the Longacre Theatre on November 8 with previews starting on October 6.