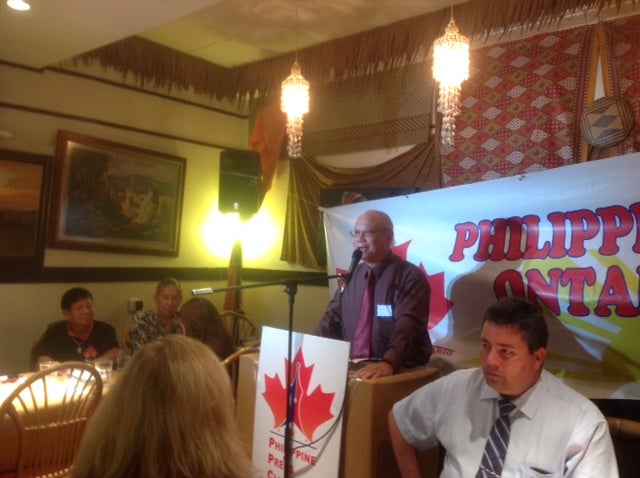 Prof. Tony San Juan explaining the formation of a political action council, on candidates’ night at the Philippine Press Club of Ontario. PHOTOS BY MARISA ROQUE

TORONTO, Ontario — Candidates from three of Canada’s major political parties faced Filipino Canadians at a political forum hosted by the Philippine Press Club of Ontario, in anticipation of the coming October 19 federal elections.

Leaders from volunteer community organizations, members of nonprofit associations and the Filipino Canadian media community, and election campaign workers on September 8 gathered for a working dinner at Casa Manila on York Mills Road. 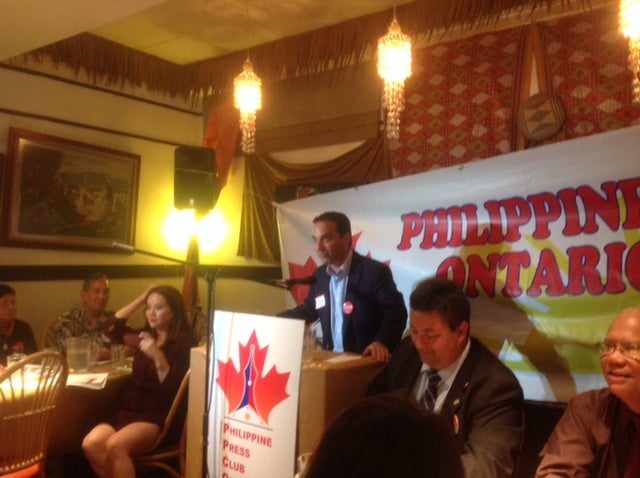 Michael Levitt, the first speaker, is running under the Liberal banner for a seat in Toronto’s York Centre riding.  York Centre has a strong Filipino community, and Levitt emphasized the issues of immigration, health care, employment and women’s concerns such as shelters and assisted daycare.  Levitt spoke of his party’s plan to increase the amount of government money given to parents to $560 per month.  “Nine out of ten families will get tax breaks,” Levitt added. 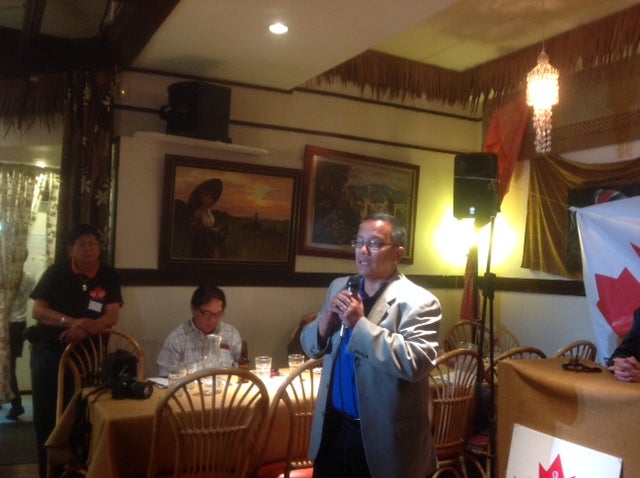 Julius Tiangson spoke next.  Tiangson is the only Filipino Canadian in Ontario running for a seat in the upcoming federal elections, seeking to represent the riding of Mississauga West.  Tiangson stressed the Progressive Conservatives’ platform of keeping taxes low, seeking to balance the budget, building a government that facilitates business but with less government intervention, and national security.

Tiangson also spoke of the current government’s emphasis on individual freedoms juxtaposed against Canada’s growing role as a player in the global economy, with trade increasing between Canada and Europe and the prospective Trans Pacific Partnership. 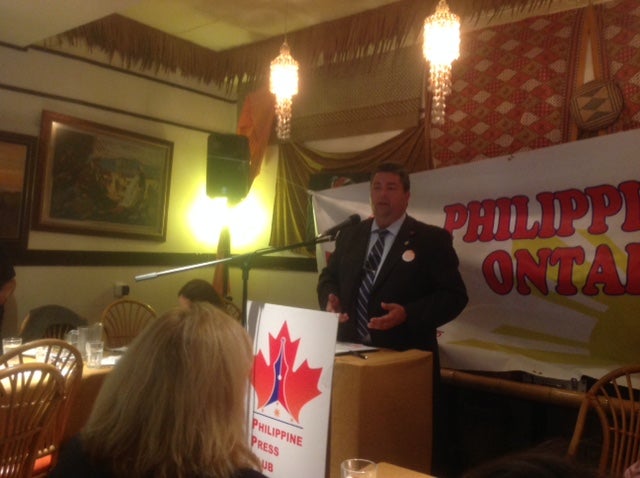 The third speaker, Dan Harris, is a sitting member of Parliament currently representing the riding of Scarborough Southwest.   Harris is a member of the National Democratic Party (NDP), which rode the cresting tide of popularity of the party’s deceased former leader, Jack Layton, to capture the role of the formal opposition in Parliament in the last federal election.

“We want to double the CPP (Canada Pension Plan) monthly amount given to seniors, return delivery of mail to individual homes, and pull the retirement age back to 65 from 67,” said Harris.  “We want to balance the budget through more cuts down the road, yet bringing up spending on education and health.  We want to see a move away from a resource-based economy,” Harris added.

A lively question and answer period followed the presentations, with Tony San Juan, a local thought leader and professional educator, informing the audience of the formation of the Political Action Council.  This group seeks to engender political capacity among Filipino Canadians by encouraging interest and participation in the Canadian political process.