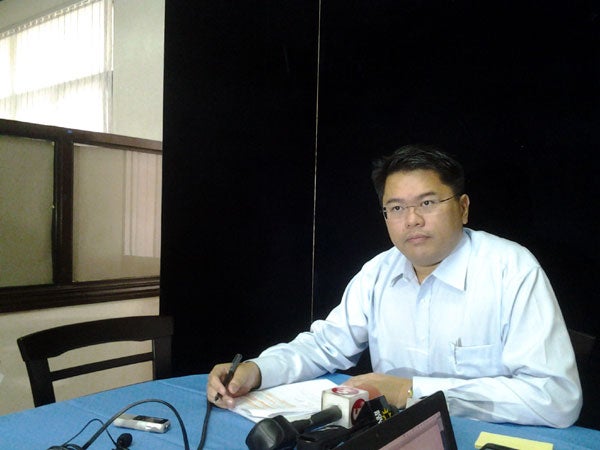 The Philippines welcomes the Chinese leadership’s recent pronouncement that they are committed to peace. But why the display of offensive weaponry at a recent parade?

“Beijing must offer more than hollow promises if it wishes to secure peace in the disputed South China Sea and beyond, a spokesperson for the Department of National Defense (DND) said on Sunday.

The remarks came days after China flaunted its military might with a massive parade in Beijing’s Tiananmen Square to mark the end of World War II on Sept. 3, although President Xi Jinping said at the event his country was dedicated to peace and does “not seek hegemony.”

“The Chinese leadership should go beyond deceitful rhetoric claiming peaceful efforts before their aggression takes a greater and irreparable toll on the region and beyond,” Peter Paul Galvez, DND spokesman, said in a statement.

“We call on China’s government to show its sincerity by, at the least, stopping all ongoing construction and militarization activities and to refrain from restricting freedom of flight and navigation,” in the flashpoint sea, Galvez said.

The Philippines has been the most vocal in criticizing China over its efforts to enforce its claim by seizing islands and turning isolated outcroppings into artificial islands that could host military facilities.

The Philippines, which has one of the weakest militaries in the region, has been seeking to improve its defense relations with other countries like the United States and Japan to counterbalance China’s forces.

The country has also filed a case in a United Nations tribunal challenging China’s maritime claim.

“We reiterate our country’s incessant call for a rules-based and peaceful approach to this matter which is shared not only by our neighbors but by the rest of the international community,” Galvez said.

He pointed out that other nations had called on the Chinese government “to stop such activities that run counter to international law and agreements.”