Now here’s a song that will give you an idea how much overseas Filipino workers (OFWs) really miss the Philippines.

The single “Miss Ko Na,” launched by Google Philippines on Tuesday, captures almost every unique aspect of life in the Philippines enjoyed with family and friends that was left behind by the more than 10 million OFWs, from eating halo-halo to watching tear-jerkers on television to singing one’s heart out in karaoke sessions.

“Miss Ko Na,” which has an upbeat folk sound typically heard in town fiestas, is a collaboration among five Filipino artists and thousands of OFWs who shared what they missed most—as well as the least—about the Philippines.

Bands Spongecola, Itchyworms and Kjwan, and artists Ebe Dancel and Mikey Bustos composed the melody for the nearly five-minute song, while the lyrics were crowdsourced from OFWs worldwide.

Last month, the technology giant launched the Google Miss Ko Na project, aiming to “bring Filipinos together by creating something they can own and be proud of.”

The project was able to gather thousands of lyric submissions through social media and other platforms, which the artists worked on to produce the song in two weeks.

According to Ryan Morales, Google Philippines country marketing manager, most of the OFWs said in their submissions that what they missed most were get-togethers with friends and all-time favorite foods such as adobo and lechon.

But the most recurring topic in the submissions of the OFWs was their longing for their families, he said.

During the launching of the single at Bonifacio Global City in Taguig City on Tuesday, a day after the nation celebrated National Heroes Day, Morales said Google chose to release a song in honor of the “modern-day heroes,” noting that “music is so deeply ingrained in our culture that it has the power to bridge the spatial gap and make [the migrants] feel as if they’re home again.”

Music also has the “magnetic power to bring people together,” he said.

The single’s launch also coincided with the start of the Christmas season in the Philippines.

Rommel Laynesa, a migrant present at the launch, considered the song made for OFWs “an early Christmas gift.”

“[The song] encapsulates our longing for our family and friends,” the 52-year-old architect working in Saudi Arabia told the Inquirer.

The father of one said the song touched his heart, explaining that gatherings mentioned in the song were among the things he missed most.

Laynesa said that in the 20 years that he had been working in Saudi Arabia, he had spent Christmas with his family only three times. He is returning to Saudi Arabia in mid-September. 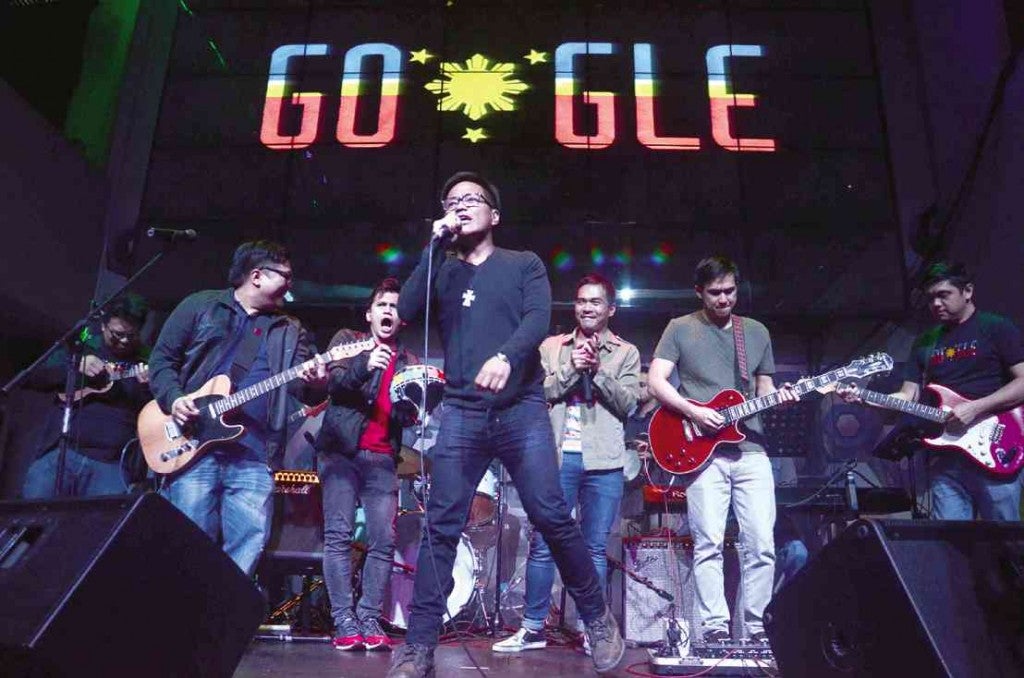 OFW SONG Google Philippines launches “Miss Ko Na,” a song about the things migrant workers miss most as they toil away in foreign lands, at Bonifacio Global City on Tuesday. ARNOLD ALMACEN

He said he hopes Google would not stop with just one song for OFWs but instead consider an album.

Morales said that depending on the success of “Miss Ko Na,” Google Philippines “might continue” till December creating “new and exciting things” not just for migrants but for the Filipino public as well.

Asked if an album was in the pipeline, Morales replied, “Potentially.” He said Google had to see first the public’s reaction to the song, which has been made available exclusively on YouTube.

Jugs Jugueta, lead vocalist of Itchyworms, told the Inquirer that “Miss Ko Na” was representative of what the Philippines, its music and status, was now, which he said he hopes migrants would be reminded of.

He noted that today’s OFWs were no longer our uncles and aunts, but our close friends and classmates.

Among the young OFWs is Janine Lizardo, a 25-year-old nurse who works in Oman. She said she felt “extremely sad” when she heard the “Miss Ko Na” part about noche buena, the midnight repast shared by Filipino families on Christmas Eve.

She explained in an e-mail that Christmas this year would be her first away from her family.

Michelle Salvacion, a coffee shop employee in Canada, said that while the song was about what OFWs missed most, it was also about the “sacrifices we have to make just to earn a decent living.”

Had the government done its job correctly, “maybe there wouldn’t be a lot of people who’d go abroad just to land a job,” she said.

Dancel said he considered his participation in the project “one of the highlights” of his career.

“It’s because we’re doing this [project] for a good cause,” Dancel said. He added that the song may even “encourage some [migrants] to come home for Christmas.”

For each lyric submission, Google Philippines gave a P1 donation on behalf of the contributor to Blas F. Ople Policy Center and Training Institute, which cares for OFWs abused by their employers.

The center’s president, Susan Ople, said the donation would go toward building a shelter for abused and neglected OFWs. The shelter, which can accommodate 12 female returning migrants, will provide counseling and medical support, she said.

Ople said the center would also use a portion of the donation to provide scholarships to deserving children of OFWs.

Having dealt with the problems of OFWs for many years, Ople said listening to “Miss Ko Na” was like listening to migrants directly telling you what they missed.

“The song was able to capture what they always say, what’s in their thoughts and what they feel,” she said.

She said the song may well be the “anthem” of OFWs.

Of the thousands of submissions, Morales said those that were sent in by children of OFWs touched him most.

“They would say, ‘I miss mama’s kiss, papa’s hug.’ It’s all the little things that really matter; things that really warm your heart even though you’re far away,” he said. “[We hope that] when they hear the song, they’ll feel those kisses and hugs and [be reminded] of home.”

Making a go of long-distance parenting