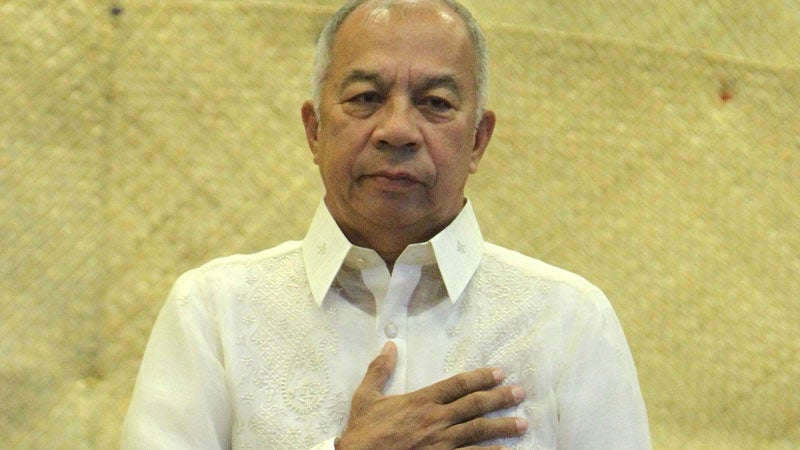 Bureau of Customs (BoC) Commissioner Alberto Lina said that if overseas Filipino workers (OFWs) have nothing to hide, they should not be afraid if the government agency will implement stricter inspections on the balikbayan boxes they send out to their families in the Philippines.

He said that if the value of the contents of the balikbayan boxes does not exceed P10,000, then it is not dutiable and taxable.

READ: BoC assures OFWs: We are not after your ‘pasalubong’

BoC estimated that it is losing P600 million a year due to “undervalued” products being sent to the country through balikbayan boxes by smugglers.

OFWs took to social media their opposition to the proposal, alleging that the rule will only sow corruption in the said government agency.

Lina asked for the understanding of OFWs, saying that he is only implementing the law.

“I have my duty to protect this country…I have to implement the law,” he said.

Meanwhile, militant lawmakers Representatives Neri Colmenares and Carlos Isagani Zarate said on Sunday that they will file a resolution before the House of Representatives to probe the BoC’s proposal for stringent inspections on balikbayan boxes.

“We have received numerous reports on this proposal even in social media and all of them are against it. It is not good that while tons of garbage and smuggled contrabands enter the country the BOC would train their sights on overseas Filipino workers (OFWs) and their families. To shore up their revenues the BOC should instead curb immense corruption in their agency and target big time smugglers rather than harass OFWs,” Colmenares said.

BoC’s rules on ‘balikbayan’ boxes not singling out OFWs–Valte