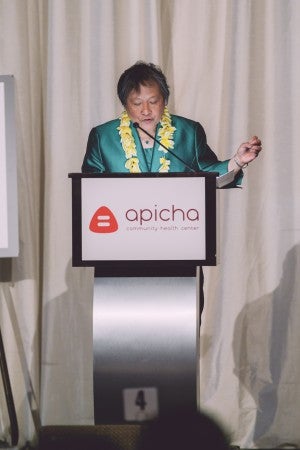 The award means HRSA recognizes Apicha’s role as a safety net provider that addresses the medical needs of medically underserved people who are too often ignored by mainstream providers, or who do not have access to primary care.

While receiving the funds, Apicha will begin the process of applying for full Federal Qualified Health Center (FQHC) designation. A full FQHC designation gives substantial benefits in addition to the annual grant award.

“This is an important moment for the LGBT community. With these awards, the Federal government is allowing us to reach out to the margins of the community, LGBT folks, immigrants, people of color and people living with HIV/AIDS, to make sure they receive healthcare,” enthused Therese R. Rodriguez, Apicha’s chief executive officer, upon receiving the notice of award.

For this grant cycle, Apicha is one of the 266 new sites awarded NAP awards across the US and Puerto Rico.

Based in Lower Manhattan, Apicha Community Health Center has over two decades of experience providing high quality, culturally competent HIV/AIDS services. In 2010, Apicha transformed from HIV/AIDS service organization into a community health center especially for the LGBT community, people living with HIV/AIDS, Asians and Pacific Islanders and other people of color.

This victory comes as a direct result of advocacy efforts of LGBT-focused health centers nationwide. Rodriguez thanked “hundreds community leaders, elected officials, fellow community health centers and funders for their support” as well as HRSA “for their confidence and guidance.”

Early this year, the Queens Lesbian and Pride Committee, the second largest Pride celebration in New York City, honored Rodriguez for her contributions to the LGBTQ movement, the latest award that Rodriguez.

What full FQHC status would mean

Once Apicha gets a full FQHC designation, the center would become eligible for Federal Tort Claims Act medical malpractice insurance in addition to the grant award and enhanced Medicaid/Medicare rates.

This would help Apicha avoid the need to buy medical malpractice liability coverage for its primary care providers in the commercial marketplace, ultimately reducing costs.

Rodriguez noted the additional significance of the NAP award: “As a community health center with expertise in HIV care and prevention, our new designation will strengthen our role in helping achieve New York State’s goal of ending AIDS in 2020.”