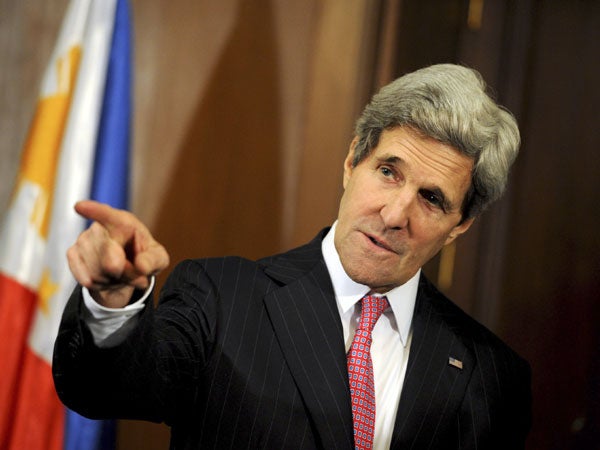 The US Department of State has placed the Philippines on Tier 2 “watch list” status for the fifth straight year in its global Trafficking in Persons (TIP) report, citing the “pervasive corruption” in the government that undermines efforts to eliminate trafficking.

“The government of the Philippines does not fully comply with the minimum standards for the elimination of trafficking; however, it is making significant efforts to do so,” said the 2015 TIP report, which Secretary of State John Kerry released on Monday.

The TIP report, which rates 188 countries on their efforts to stamp out trafficking in persons, is the US government’s principal diplomatic tool to engage foreign governments on human trafficking.

It is used to monitor antitrafficking reforms and specify the needs required by a state in terms of prevention, protection, prosecution and partnership.

The report is also the world’s most comprehensive resource of government efforts to combat modern slavery.

The 2015 report—which covers the reporting period April 1, 2014, to March 31, 2015—praised the Philippine government’s efforts to deliver justice to victims and expedite prosecutions, citing the conviction of 54 traffickers, an increase from 31 in the previous year.

It said the government had also provided antitrafficking training to local authorities, with particular focus on disaster-stricken regions.

“Officials proactively identified victims exploited within the country. However, the government did not make efforts to provide all trafficking victims access to specialized services; protection for male victims remained minimal,” the report said.

The report said the Philippine government was able to convict one labor trafficker during the period covered. It, however, did not make significant efforts to reduce the demand for commercial sex acts, it said.

The report said corruption was among the key problems the government must address to eliminate trafficking.

“Pervasive corruption undermined government efforts to combat trafficking, and investigations of potentially complicit officials did not lead to criminal convictions and in some cases even failed to secure administrative punishment against offenders,” it said.

The report urged the government to increase its efforts to hold government officials administratively and criminally accountable for trafficking and trafficking-related offenses through criminal prosecutions, convictions and stringent sentences.

Justice Secretary Leila de Lima, who chairs the Inter-Agency Council Against Trafficking, said the latest rating was “apt recognition of the efforts of members and partners of government in the fight against the scourge of modern-day slavery.”

“We will continue to persevere until we achieve Tier 1 status,” she said.

In the TIP report, the US state department places each country in one of three tiers based on the extent of their governments’ efforts to comply with the “minimum standards for the elimination of trafficking” as provided for by the US Trafficking Victims Protection Acts.

Countries that do most to fight human trafficking are placed in Tier 1, and those that do the least in Tier 3. Tier 2 includes a Watch List for countries in danger of dropping to Tier 3.

Each year, governments need to demonstrate appreciable progress in combating trafficking to maintain a Tier 1 ranking.

Penalties for countries demoted to Tier 3 are at the discretion of the US President, but could include restrictions on nonhumanitarian assistance and funding.