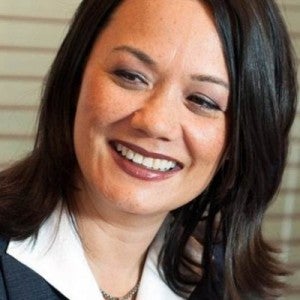 Brosche defeated incumbent Democrat Council Member Kimberly Daniels in the May 19 elections. She was sworn in on June 25 and formally took office last July 1.

While Brosche is grateful for all she has accomplished including being an active community leader, joining politics was a big surprise.

“I once said I would never run for political office. After years of inquiries from fellow community leaders and peer mentors encouraging me to consider running, I chose to be more open-minded and eventually pursue office,” Brosche recalls.

“I am very proud of my Fil-Am heritage. I grew up valuing a strong work ethic, respecting my elders, appreciating family and togetherness, enjoying Filipino cuisine and understanding that life was about serving others. I attribute all of these to the wonderful influence of the Fil-Am culture,” Brosche says.

It was also the same Filipino upbringing that attracted her to join the Republican Party, she says.

“As the daughter of a Filipino who joined the United States Navy in his pursuit of the American Dream to provide for his family in the Philippines, I am proud of my connection to the military and became aware of our civic duties during the time of President Ronald Reagan and his support of a strong military. I admired his political principles and chose to become a Republican,” Brosche says.

Before becoming a City Councilor Brosche was first and foremost an accountant.

“I have known since 11th grade in high school that I wanted to be an accountant and my entire professional career has been in accounting. I love playing Monopoly as a kid. I love being the banker. I didn’t know at that time that my parents were accountants. I always enjoyed math and games related to numbers,” she says.

Brosche is one of four partners in the CPA firm of Ennis, Pellum & Associates of Jacksonville, where she has worked since 2002. Her rapid ascent up the career ladder started shortly after she graduated from University of North Florida (UNF) with a master’s in accountancy in 1995.

She credits the Fil-Am community within the military for the support her family received during his father’s deployment.

“The places that I lived in like Long Beach, California, there’s strong, significant Asian population,” she says. “Then in the military there are always Fil-Ams. We have that safety of being able to count on the Filipino community anywhere we went as a military.”

She is married to David S. Brosche a lieutenant commander in the United States Navy Reserve and assistant vice president at Deutsche Bank. They have children, Dillon, 22, a computer repair technician, daughter Kaden, 14, and son, Rohan Brosche, 8.

“Because I grew up a child in the military, I am familiar with what it means to serve as a military wife and I have a support system in my parents when my husband is away for military service. As a Navy Reservist, he currently travels to Charlotte, North Carolina one weekend a month and is away for two consecutive weeks each year.”

As a parent it is important for Anna to instill in her children Filipino values.

“My husband and I, together with my parents who watch my children regularly, work to extend the values I learned growing up,” she explains.

With Anna’s four-year term now in full swing she is excited to be working with 19 other council members to move the city of Jacksonville in the right direction.

“I look forward to bringing my accounting experience to the $1 billion general services budget for Jacksonville that the City Council reviews and approves. Including our independent authorities, the total budget is closer to $5 billion,” she says.