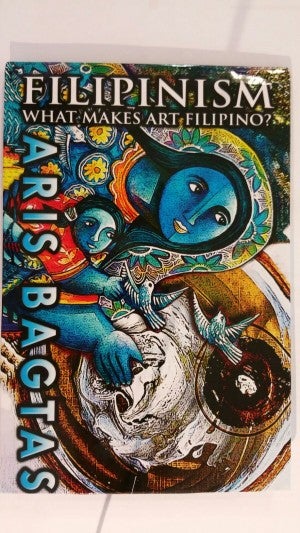 The artist, who was born and raised in Bulacan, resides in Obando with his wife, Espie Bagtas. Cuizon, who owns the Kunst Gallery in Santa Rita, Batangas, is a resident in Essen, Germany.

The London leg of the exhibit was held at the Alcantara Consultancy Services immigration law office in Kilburn, which Cuizon transformed into a gallery space.

Entitled “Filipino Art Ascending,” the exhibit delves into the theme of Filipinism in art. Particularly, the exhibit examined “Filipinism: What Makes Art Filipino.”

Bagtas’ manifesto elaborated on this concept: “[Filipinism] is the aesthetic and conceptualization of the artist’s ideas and the infusion of heart and soul in every piece they make. It is a way of showing the real identity of the artist as Filipino in their artworks.”

Ambassador Enrique Manalo of the Philippine Embassy in the United Kingdom officially opened the exhibit. “[This exhibition] I know will help promote visual Philippine art here in London,” said Manalo.

The ambassador went on to congratulate the artist and the curator for their artistic intentions. “I want to thank Aris Bagtas and Ver Cuizon for believing in a very important focal point in Filipino art throughout the world and also here in the United Kingdom.”

“I’m certainly honored to be here this afternoon to see the world’s finest, and share with you that pleasure,” Manalo continued. 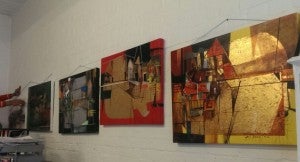 “Thank you again for the invitation, and I assure you that the Philippine Embassy stands ready to support and promote Filipino art and artists here in the United Kingdom.”

Central inspirations for the works of Bagtas are the religious genre and his reverence for women as pivotal figures in his life.

“It is the power of love which is the ultimate representation of God that propels [me] to create touching art pieces that speak to the heart of this universal language,” his manifesto read.

Another of the artist’s series, christened “Blessings from Above” or “Sulyap sa Langit,” is his “ultimate tribute and thanksgiving to his creator where he shows people doing ordinary activities with their faces directed towards heaven giving thanks and recognizing the power of God in their lives.” 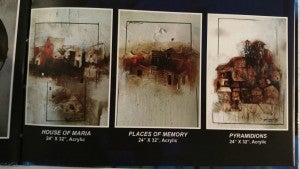 The “Sulyap sa Langit” series further depicts “saints and the Virgin Mary in acrylic, gold leaf, icon work or sketches,” all created “with the same faith and wild abandon being a servant of God with paint and brushes as his tool for salvation.”

Other paintings featured included those from the “Mother and Child Series,” the “Infinity Series” and the “Estong’s Community Series.”

The works of Bagtas, described as “unmistakeably Filipino” in his manifesto, were extremely popular with art buyers throughout the exhibition.

One attendee noted that the artist’s “Estong” and “Infinity” series particularly “sold like hotcakes.” Cuizon, as curator, was pleased and impressed with the outcome. 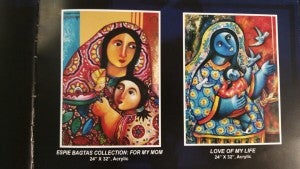 Teresa Cuison, the owner of the Filipino restaurant Nilo’s in West London, also bought four paintings for her restaurant.

Throughout the exhibition, there were inspirational speeches given by Philippine art enthusiasts, as well as singing and dancing.

Bagtas’ Europe-wide exhibition began on June 1 in Essen, Germany and continued throughout the month to Berlin, Brussels in Belgium, Berne in Switzerland, Vienna in Austria, and Florence in Italy.

The majority of exhibits were held in cooperation with the Philippine Embassy and Philippine Honorary Consulate Generals of each country.