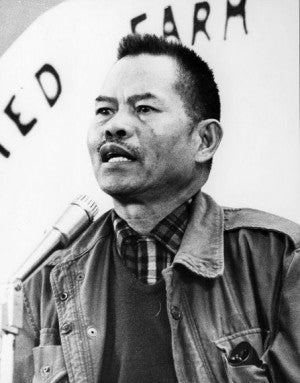 “October 25 is my dad’s birthday and this law is a huge step for both the Itliong family and the Filipino communities in our efforts to change history books to reflect the important contribution of our agricultural workers in this country,” the late labor leader’s son, Johnny Itliong, told TheFilamLA.

Assemblymember Rob Bonta (Dem-Oakland), who sponsored the bill had announced on June 22 that his bill to establish “Larry Itliong Day” in California passed the Senate with unanimous and bipartisan support (37-0).

After barely eight days, the governor signed AB 7 into law proclaiming Itliong’s October 25th birthdate as “Larry Itliong Day” in the state. This encourages public schools to teach about Itliong’s life and contributions to California. 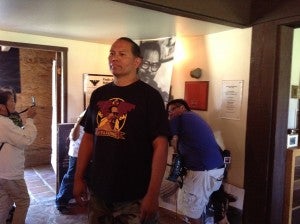 “Larry Itliong was one of the greatest labor organizers and leaders in California history. He was a hero not only to the Filipino American community, but for all Californians and Americans who fought and continue to fight for socioeconomic and racial justice in our state and nation. AB 7 properly honors his life’s work as a great historical leader for our state,” said Bonta.

Larry Itliong led the Agricultural Workers Organizing Committee (AWOC), which was the first to strike for improved wages and working conditions in Delano in 1965, launching the California farm labor movement.

AWOC and the National Farm Workers Association, led by Cesar Chávez and Dolores Huerta, joined forces soon thereafter. In a press statement, Bonta stated that it was the urging of Itliong, that Chavez and Huerta started the now internationally famous United Farm Workers of America. 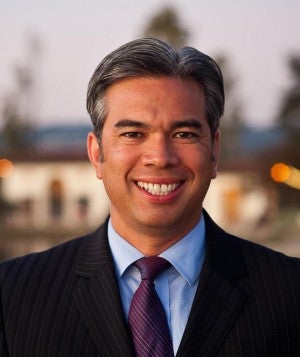 “While the farm labor movement is often seen predominantly as a Latino movement, it encompassed much more than just one ethnic group. Filipino American and Latino labor leaders built a beautiful collaborative relationship to create the farm worker movement in California, and Larry Itliong played a critical leadership role in that movement. I’m grateful to have this opportunity to recognize his contributions to California,” Bonta concluded.

Visit AB 7 to read the full text of the bill.

Learn more about Itliong in this Assembly Access Video.

Read Next
‘Breaking News’: Apple will not move its China plants to PH
EDITORS' PICK
Gov’t plans to open COVID-19 vaccination for 5- to 11-yr-olds by January 2022
Gov’t eyeing COVID-19 vaccine booster for essential workers, indigents by Dec. 10
Legarda: Ending Violence Against Women, a cause for all
Omicron variant detected in more countries as scientists race to find answers
Villar Group gears up for AllValue Shopping Party on Dec. 3; around P 1-million promos and discounts up for grabs
A delightful blessing!
MOST READ
Quiboloy warns of ‘much worse than Omicron virus’ if his ‘persecution’ is not stopped
Two cases of Omicron variant detected in Canada, govt’ says
MMDA: Number coding during afternoon rush hours back this week
Marcoleta defends pol ads on ABS-CBN
Don't miss out on the latest news and information.