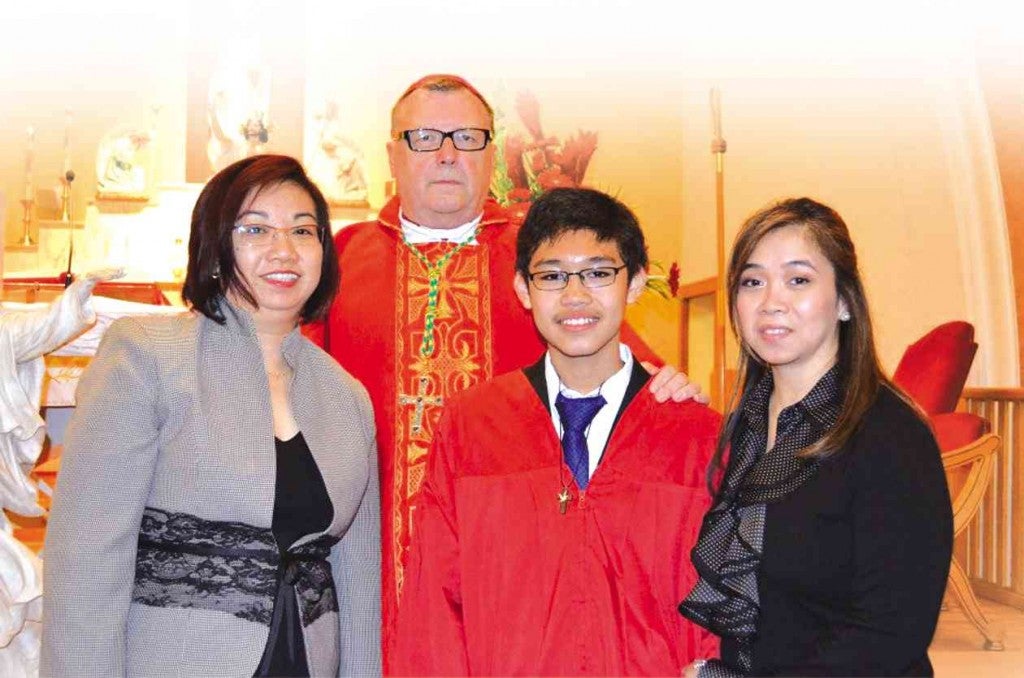 The two knew each other since preschool. They became friends in high school. The two were part of a four-member clique. They studied in a girls’ school ran by nuns.

They would watch movies and party together, go shopping, talk about boys and their crushes. They would eat and sleep in each other’s homes.

First it was Elena Jose-Felix. A management graduate of UST. Her siblings sponsored her to go to Canada where she has been staying for decades with her whole family. 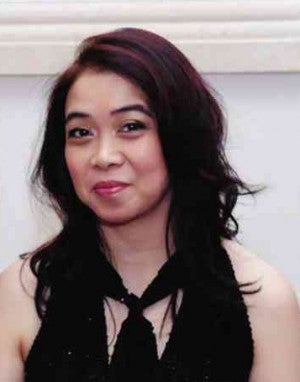 Better life for family “I wanted my kids to be able to have opportunities that I didn’t have,” says Imelda Abdon-Asuncion.

She took up Commerce, major in Business Administration at UST then took Mainframe Programming in the United Computer Programming Center in Ontario and further studies in information technology in Ryerson University in Canada. It was part-time school for her between 1995 and 1998.

Felix gave birth to three kids and adopted a boy from Manila. She has twin girls—Johanna and Rachelle, now 17.

A typical day for her is waking up at 6 in the morning; leaving for work between 7 a.m. and 7:30 a.m. She parks at the subway station then takes her 40-minute ride to downtown Toronto.

Tuesdays find her going to the head office of St. Catherine’s, about 120 kilometers from her house.

Fridays, she works at home.

She started as cash management administrator in the finance department of Meredian Credit Union, the third largest in Canada. She became manager of business analysis.

“Management was not my calling. I was unhappy and so stressed out,” Felix says her manager then offered her a new role for a new technology. “We are embarking on data

“So same pay, no stress. I am really happy giving up the manager duties. I work from home when I want,” she adds.

The good daughter that she is, Felix dedicates part of her Saturdays to her mother

“Thirty percent of my time is dedicated to mom—doctor appointments, driving her to and from Bingo, going to Church. I also do housework and go shopping with the girls (her twins).

Imelda Abdon–Asuncion is a guest experience manager of Swiss Chalet, a 60-year-old rotisserie and grill chain in Canada. Her job is supervisory.

“The thrust of the chain of late is keeping brand loyalty among its patrons, hence the need for the management team to focus on guest satisfaction. Whatever is needed to make their experience with the restaurant better—in store, delivery or even just to-go, that is our focus,” says Asuncion, a Hotel and Restaurant Administration graduate of UP Diliman.

“Starting from whether they get their food hot and fresh up to the way they were served by our teammates, we have to make sure of all these points. My role is to make sure all of these happen without a hitch. That’s how the position looks like on the surface.

“But the job can start from making sure all the provincial standards for food safety, labor compliance, up to making sure the business is operating profitably (labor vs sales) every day,” she further explains.

Asuncion went as a caregiver in 2005 and worked for a few days as an administrative assistant at the University of Toronto. She stayed with Felix initially.

Then she worked at Swiss Chalet in 2008 after her caregiving stint. 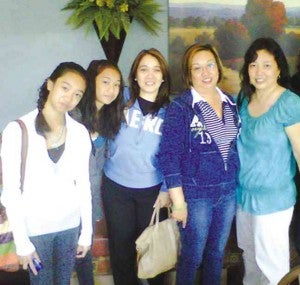 REUNITING WITH A CLOSE FRIEND (From left to right) Elena’s twins, Johanna and Rachelle, Imelda and Elena with Marion Wilson, a high school classmate of the two

Below is the Q&A of Asuncion for Global Pinoy :

Global Pinoy (GP): Why did you want to live and work abroad? What were the consequences of such a move?

Imelda Abdon–Asuncion: I just knew I would be able to find the job I wanted and be paid for it fairly abroad. I wanted my kids to be able to have opportunities that I didn’t have. I came from a middle-class family and the idea of a government being able to provide its citizens healthcare and education was so ideal to me.

We go to our family doctor every year for checkup at no cost. If you don’t show up, they call you up. My son gets a Catholic education for free. I may pay a few hundred dollars for some things he needs but that’s it. The idea is almost utopian.

And when we became citizens we felt and saw how much the Charter Rights meant here in Canada.

Of course, the consequences, we are the first of our immediate family to settle here, it could really get lonely if you are used to Filipino celebrations and get-togethers. I work almost every holiday here in Canada. And the only one where I get a day off is Christmas.

GP: Enumerate some of the ups and downs of living in Canada.

Asuncion: You get to choose to become a citizen or not. You’re in and out of the US, no problem—the shopping! Healthcare is free except for medicines, but if you have insurance almost everything is free. Education is free (even Catholic schools) until high school unless you want to go to a private school. Living expenses are reasonable. If you are wise with your savings, you can afford to indulge in yearly vacations away from home.

People have a healthy respect for the law.

Downs. Driving in and shoveling snow. I can’t even complain about working on holidays I get paid 2.5 times. But you have to learn to strike a balance between wanting to earn your keep and quality time with the family. There are still some cases of discrimination. It still exists.

GP: What is your ultimate goal in migrating? 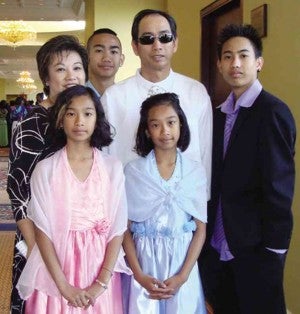 Asuncion: Ultimate goal is simple. Just to make sure that we have saved enough to help us in our senior years so that our kids won’t have to worry about us. I have seen relatives who had it all while they were young and working but were not as careful with the money they earned, and sadly in their senior years, they have nothing, relying on kids to help them through, and not everyone is able to do that.

GP: Please describe your life. Was it a planned one and did you achieve most of what you want to happen?

Asuncion: Coming here is like starting a new chapter in my book. I fill in the pages as I go along and I still have a whole lot of blank pages to fill up.

My life here is still a work in progress. Things are going as planned in a certain way since I was able to achieve some goals. I remember when I first came here, I said I will work at Swiss Chalet one day. It’s a simple goal, nothing earthshaking but realizable. I was able to do that.

I had dreams to be able to just leave the country. Find a job, be able to support myself and my family, afford a car. This is a totally different culture and environment I am raising my second child in (the eldest, Kathleen is already in her 30s and works as a teacher).

But I would like for him to explore the opportunities available to him here as much as possible and learn to be responsible as well along the way. I try to keep him grounded with Filpino values of family and respect but keep an open mind with the Canadian way of life.

Kathleen is doing well and hopes to visit her family soon.