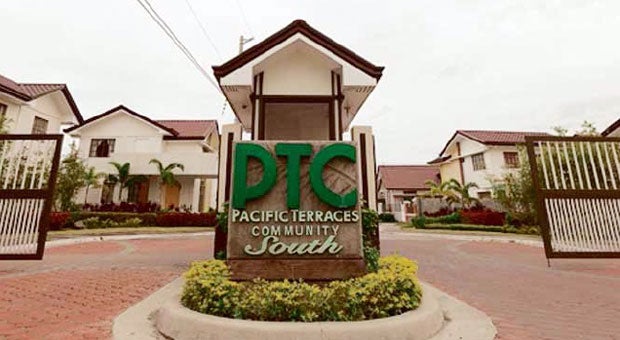 GATE TO THE GOOD LIFE A simple gate at the Pacific Terraces in the ACM Homes’ seafarers’ community welcomes sailors to the good life, which includes lots of open space, parks, a greenhouse and library.Withmost home buyers deployed overseas, the company said they’re building a secure environment that’s also family-centered in Cavite and Batangas. CONTRIBUTED PHOTO

Like many in the ever-growing overseas Filipino worker community, Oliver Gacitas faces his approaching deployment with a mixture of anticipation and anxiety.

On one hand, the 30-year-old seafarer from Cavite province is excited to embark on his next trip on a vessel servicing the massive petroleum industry in the cold and harsh North Sea of the United Kingdom because his star is on the rise.

“I am the ship’s third mate now, but maybe I will be ready to make ‘captain’ one of these days,” he said in an interview with the Inquirer early this week.

On the other hand, Gacitas is always anxious about leaving behind his family—a young wife and a 2-year-old child—when he goes abroad to join the 400,000 Filipinos nearly serving on vessels all over the world to earn their keep and support their kin back home.

“I come from a poor family. My father was a fisherman and we lived near the mouth of the ‘estero’ where our home would always be the first to be flooded when the rains came, and it would be the last in the community to dry up when the waters receded,” he recalled. “That’s why providing for my family and putting a roof over their heads is important for me.”

Gacitas counts himself lucky because he can provide a home for his family. 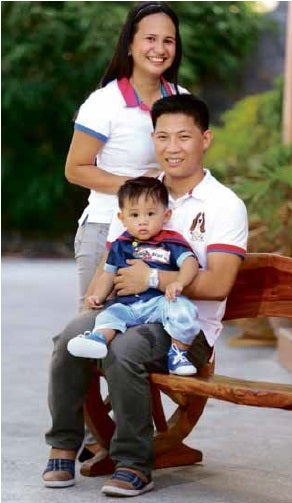 HOME IS THE SAILOR Like other Filipino seafarers, who
number at least 400,000 all over the world, 30- year-old Oliver Gacitas faces his approaching deployment with a
mix of anticipation and anxiety. Today being World Seafarers’ Day, the Cavite native makes the most of his time with his family before leaving for his next contract on a vessel servicing the petroleum industry in the cold and harsh North Sea. CONTRIBUTED PHOTO

The manning agency he works for, Philippine Transmarine Carriers Inc., is a partner of fast-growing housing developer ACM Homes, which targets the shelter needs of the seafarers’ families back home.

Founded in 1992 by Antonette de Guzman, Carol Osteria and Mia Gentugaya (hence ‘ACM’), the company has residential development projects in Cavite and Batangas, where many Filipino seafarers are based.

The company’s house and lot packages range from a low of P300,000 per unit to as high as P3.5 million. To date, it has completed over 10,000 houses in 15 projects, and is building more at Pacific Terraces Community (north and south), Richwood Townhomes, Ventis Villas, Mahogany Place Lipa and Peninsula Homes, among others.

“What sets us apart is that we are a company founded and run by women,” said De Guzman. “Because of this, the communities we build are more family oriented. They have more open space, parks and greenery.” They also have greenhouses, community centers and libraries to occupy the families of the seafarers who are gone for months on end.

These women’s touches are more important considering that many of the company’s home buyers are seafarers and it is their wives who spend most of their time running the households and the ACM-built communities while their husbands are overseas.

“It is really an environment that is more conducive to raising a family,” De Guzman said, adding that the company’s partnership with PTC—one of the country’s largest crew management firms—has been crucial in growing their business.

One key element that helps both ACM Homes and their homebuyers forge lasting partnerships is a law that mandates seafarers to remit 80 percent of their monthly wages to Philippine bank accounts. For the most part, the seafarers nominate either their parents or spouses as their bank account holders, helping ensure that their hard-earned money is saved, invested and budgeted for important household needs.

It is money that helps push the local economy forward, when not “spent like a drunken sailor on shore leave”, as the old adage goes.

“Thankfully, Filipino seafarers are becoming smarter about managing and investing their money nowadays,” Gacitas says. “When I started in this industry, you could see that the first thing sailors do when they receive their salaries is to spend all their money when they reach shore: drinking, partying and shopping.”

“Today, they are more conscious about how they spend their money,” he explains. “Many are intent on saving up, investing and using their salaries to buy homes or pay for the education of their children. In fact, many [Filipino seafarers] don’t even spend too much time at shore anymore when they’re at port. They just go out to buy small gifts for their families back home, then return to the ship right away.”

Indeed, the trend across the board—the narrative of the financial lives of expatriate Filipino workers—is evolving for the better. It is one of less spending for short-term consumption and more investment for long-term needs like education and housing. For sure, the benefits are more lasting.

Filipino seafarers are the most in demand in the world because of their outstanding qualities: Technical knowledge, flexibility, reliability, trustworthiness, hard work, and their command of the English language.

Percentage of Filipino seafarers out of the more than 1.2 million mariners in the world, making the Philippines the manning capital of the world.

Maritime academies in the Philippines, which produce some 40,000 seafarers each year, according to a 2011 United Nations Conference on Trade and Development (Unctad) report.

Licensed crewing agents in the Philippines, according to the same Unctad report.

Amount of remittances in dollars sent in by sea-based Filipino workers in January to April 2015, up by 5.6 percent from $1.8 billion during the same period in 2014.

Range of monthly salary in dollars of Filipino seafarers, according to a 2011 study by the Institute of Labor Studies.

Percentage share of the seafarer’s monthly basic pay with back wages to be sent to his chosen recipient under a POEA memorandum.

Number of deployed sea-based Filipino workers in 2013, according to POEA.

Number of deployed Filipino seafarers working as an able seaman, oiler and ordinary seaman, the positions occupied by most Filipinos overseas.

the Maritime Labour Convention of 2006 or the international seafarers’ bill of rights.

Number of bills that have been filed in the Senate (5 in the House of Representatives) for the promotion and further protection of rights of Filipino seafarers, which includes Magna Carta of Filipino Seafarers, Death benefits for Seafarers Act, Pilipinong Marino Act and others.