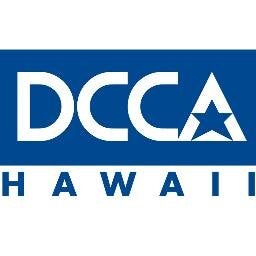 HONOLULU – Two Filipino concert promoters and their production company received a preliminary cease and desist order and notice of right to a hearing from the State Department of Commerce and Consumer Affairs (DCCA) for soliciting investors but not paying returns they were guaranteed.

According to the order, between January 2012 and June 2013, Jacobe and P.B.C. Productions solicited investors among the local Filipino community to fund three concerts in Hawaii, guaranteeing returns of 10 to 40 percent.

The order asserts that P.B.C. Productions enlisted the assistance of an agent to solicit investors for the first two concerts.

As a result, more than 30 Hawaii residents invested a combined total of $666,000 into the concerts. Nearly two years have passed and many investors remain unpaid.

Jacobe and P.B.C. Productions are accused of failing to disclose to investors that they were substantially in debt to numerous past investors and that the funds would not be returned by the guaranteed deadline.

State securities laws include anti-fraud provisions, requiring both securities and persons soliciting or transacting securities to be registered with DCCA’s Securities Compliance Branch.

The order asserts that Jacobe and P.B.C. Productions violated these anti-fraud provisions by employing deceptive schemes and devices to perpetuate fraud.

It further alleges that neither Jacobe nor Carlos was registered to transact securities in Hawaii and the securities they sold to investors were also unregistered.

The order seeks total penalties of $200,000 in addition to a permanent injunction against Jacobe and Carlos for transacting securities in the state, disgorgement of commissions received, and rescission of the sales of the securities.

Anyone who has been solicited by Jacobe, P.B.C. Productions, or Carlos to invest in a concert or who may otherwise have information regarding this matter is urged to contact the DCCA’s Securities Enforcement Branch at 586-2740 or toll free at1-877- HI-SCAMS.