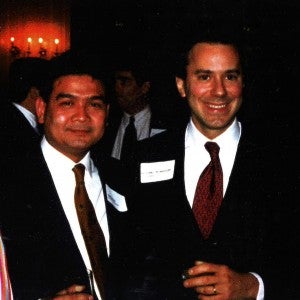 NEW YORK CITY — Edwin Josue knows Manhattan like the back of his hand. That’s because for most of 23 years, he has been a stellar success as a real estate broker in the city.

Immigration lawyer Michael Gurfinkel and his wife Millie had been on the lookout for an apartment in the city for seven years, he explained, and had gone to a lot of brokers, including American, Jewish and Filipino.

It was Josue’s personal touch that led Gurfinkel and many others to commit. Compliments like “Where have you been all these years?” or “I can’t believe there’s actually a Filipino guy who can lead us to this kind of venture as this is a big investment” give Josue a sense of fulfillment because real estate brokering in New York is his passion.

Josue could have been a lawyer and had a well-established banking career in the Philippines with United Coconut Planters Bank and Citibank before immigrating to the United States in 1986. A new immigrant in New York at 32 years old, he started with odd jobs and eventually worked his way to an import-export company handling letters-of-credit transactions. Even as he spent most of his time in front of a computer at this job, the extrovert in him led to a connection at a boutique Filipino firm that eventually opened up the real estate path.

He left his deskbound job and took a leap of faith in becoming a full-time real estate agent. “I believe in destiny,” Josue said. “My destiny is in real estate.”

After acquiring his associate broker’s license in 1992, Josue started working with City Living/ American Landmark. “They gave me the opportunity to handle six buildings as residential specialist because they knew that I [could] compute the ‘lease versus buy’. My Caucasian colleagues would ask me how come I knew these things, ‘Isn’t Philippines, a third-world country?’” he said, recalling his early days in New York.

The job exposed Josue to a clientele of diverse ethnicities who had one thing in common: They were well heeled. It also led him to meet business tycoon Loida Nicolas-Lewis through her brother-in-law, to whom Josue sold an apartment.

“Loida was so happy to meet me, and we got more acquainted especially when she learned that I come from Bicol,” he recalled. “That actually made the deal.”

But perhaps his best memory of the first meeting with Lewis is her gift, a signed book of Reginald Lewis with a message: “Aim for the top.”.\

Josue credits Lewis as a very good mentor to him. They have become close friends through the years. “She has given me business all throughout my career and sees to it that I take pride in what I do for a living,” he said. 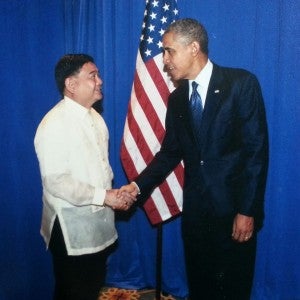 Lewis’ high regard for Josue stems from his being the first and only Filipino to have joined Brown Harris Stevens—at the top of the real estate industry in all of New York, which has Fifth Avenue properties in its portfolio.

“William Lie Zeckendorf interviewed me after my stint at City Living, the first company that gave me all the opportunities,” Josue recalled. “When the French economy went sour, Jean Marc Levet & Partners merged with Brown Harris Stevens. Out of 35 brokers in this small boutique firm, there were only five of us brokers interviewed by Zeckendorf, and when he saw something in me, he said ‘Edwin we’re going to promote you’, so I got on board with BHS. They gave me buildings and supported me for six years.”

In 2001, Edwin formed his own real estate company, which grossed $5 million during the first year. He also ventured into an events design company, Design Fusion, with partner Jerry Sibal, now the development and floral director of Wynn Palace in Macau.

“Being partners [with Jerry] together, managing the business was tough,” Josue said. “There will always be arguments but with us, we don’t bring our problems when we go home.”

Together for 23 years now, Josue and Sibal are often dubbed by close friends as “Home and Garden” in reference to their respective professions. The couple derives harmony from mutual respect and a common belief in spirituality.

Josue became spiritual at an early age. After high school, he went to India because he said he was more of “an existentialist person.”

“I met a Filipino spiritual guru. We went to India for a month. Everything opened my eyes to two things: karma and reincarnation. That karma is what you sow, you’ll reap and what you do will bounce back to you. Reincarnation, I believe that with God’s mercy and justice, we’re not born in this particular lifetime only. There’s a series of attaining perfection just like what Jesus Christ said: ‘Be perfect like the father in heaven’. So all of us are in this physical body, [it’s] like a vehicle for us to transform our lives into spirituality. We reenergize and meditate.”

Turning 60 years old this year, Josue finds meaning in giving back to the community. He began last year with the staging of “Noli Me Tangere,” the opera that launched in New York and was staged in Washington, D.C. and Manila. Together with Lewis, he and Sibal were involved in its production.

“Noli was our way of contributing to the Filipino community and we have Loida to thank for introducing us to the community,” he said.

With real estate activity booming in New York City, Josue also comes with good advice. For those eyeing a career in real estate, setting aside funds for up to six months to a year is key to survival. 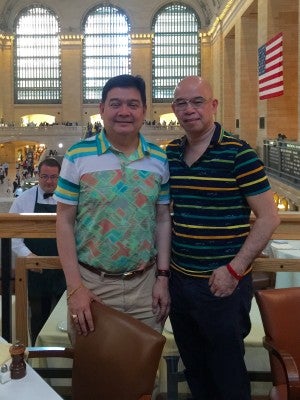 “You’re good with your last sale,” Josue said. “We’re only compensated upon closing or when we do a deal. So what we do is save. If you hit it big, save for the year or save for the future.”

For those looking to invest, now is the right time to take a big slice of the Big Apple because eventually it will be healthy for investments.

It’s a formula that Josue has proved correct time and again. For instance, while property prices in N.Y. went down by about 5 percent within six months of the 9/11 tragedy, values began recovering by the first quarter of 2012 and have continued rising since. On the Manhattan apartment alone that he and Sibal bought in 2006, the couple is projecting return on investment of about 36 percent to 40 percent.

Accumulating value from real estate investments is an experience that his clients share as well.

“Most of my clients who bought in the 1990s are sitting on gold mines now,” Josue said. “Most of them treat me like family because of my suggestions and advice to them. From the studio that they bought over time, whatever profit they have from it enabled them to buy a one-bedroom [apartment]. And now they own a two-bedroom [apartment] because of the profits they made over time.”

One such client is a famous Manila designer who bought a two-bedroom apartment at $800,000 and was able to sell it at $1.2 million, Josue revealed.

“When he bought this, he had to get funds from Manila, the exchange rate was only $26. He gained on the spread of the currency exchange—so it’s a double kill. So people have to think this way, the peso value exchange versus the appreciation value—it’s a win-win situation for everybody,” he said.

With the city approaching a saturation point—Manhattan being an island, Josue has ventured to Harlem and downtown Brooklyn to help clients who only have between $500,000 and $600,000 to invest. He noted that property values in downtown Manhattan, TriBeCa and up to 96th Street have breached these levels.

“You really have to orient yourself and be knowledgeable of the surroundings,” he said. “You have TriBeCa, Avenue A, B, and C which used to be a depressed neighborhood. Now, everything has been gentrified—a lot of Japanese on these avenues have invested [in] a lot of grocery stores where Madonna used to live.”