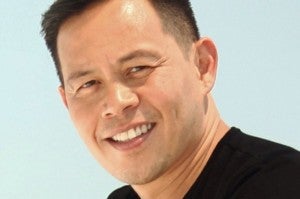 LOS ANGELES — Actor Ernie Reyes Jr., best known for his role as Keno in “Teenage Mutant Ninja Turtles II: The Secret of the Ooze,” is fighting for his life. The martial arts fighter and stunt actor took to GoFundMe for monetary donations to help with his kidney transplant procedure.

The 43-year-old Filipino American from San Jose, California was recently in the ICU for severe kidney failure.

“Ernie is currently undergoing dialysis treatment three times per week for four hours a day while waiting for a kidney transplant,” the fundraiser page said.

“My brother has spent his entire childhood and adult life fighting in films and television, but now his battle has gone from the screen to reality, fighting for his life,” said Destiny, his sister. “Regardless of where you have seen or heard of Ernie Reyes Jr., he has impacted peoples’ lives all over the world through his extraordinary performances in television and film.”

“Please be aware that he needs support during this time of need and recovery of his life,” she continued.

Reyes’ father, Kwan Jang Nim Ernie Reyes Sr., founder of West Coast World Martial Arts, also posted on the fund page: “I’d like to thank everyone around the world for sending their love and prayers to Ernie Jr. and the Reyes family in this time of need. To everyone that has conveyed their unconditional love, I would like to return that positive energy flow back to you with the deepest gratitude and appreciation.”

Reyes starred in the 1980s TV series “Sidekicks,” and also had roles in “NCIS: Los Angeles,” “Rush Hour 2,” and “Indiana Jones and the Kingdom of the Crystal Skull.” A career fighter, he is known for competing in mixed martial arts, where his brief record was 3-0.