A ‘maritime coalition’ must confront China, urges US analyst 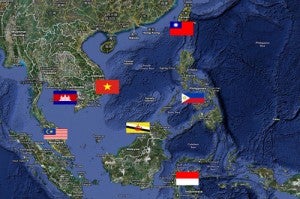 A US analyst says a maritime coalition of claimants backed by the US, Japan and Australia should challenge China in the South China Sea. USC US-CHINA INST. PHOTO

SAN FRANCISCO — It’s time for countries threatened by China’s belligerent claims of sovereignty over most of the South China Sea to push back with a maritime coalition that has “enforcement capabilities,” a strategic analyst urges in a recent article in the New York-based Journal of Political Risk.

With joint enforcement capabilities — backed by Japan, the US and Australia as security guarantors — this maritime coalition of the willing can demand that China “abandon its maritime claims and reclamation activities and vacate reclaimed areas under an agreed-upon deadline.”

China must be made to choose between losing “soft power” if it continues saber-rattling, or gaining respectability as a superpower willing to engage in the peaceful joint exploration of resources in the area.

Thus concludes a strategic analysis by Filipino American social scientist Dr. Priscilla Tacujan in the June 2 issue of Journal of Political Risk produced by Corr Analytics, a consulting firm. Tacujan is an independent consultant who has worked in Afghanistan and holds a Ph.D in political science from Claremont Graduate University.

“By now, it should be clear to everyone that China is not giving up its maritime claims in the South China Sea,” Tacujan writes in “What It Takes to Resolve the South China Sea Dispute.” Taiwan, Vietnam, Brunei, Malaysia and the Philippines also claim parts of the disputed area.

“Despite pending international court decisions and worldwide condemnations, China has aggressively reclaimed about 2,000 acres of land in the South China Sea — proof of its intent to stay, defend, and protect 90 percent of the sea that it claims it owns,” her article further states. 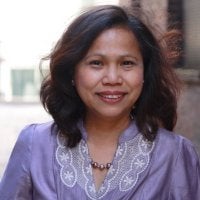 Tacujan says Beijing is attempting “to change facts on the ground.” Various experts, she says, have described China’s current “gray zone strategy” as “an administrative, civilian and sub-military strategy that is intended to create a new territorial jurisdiction, hence, de facto control, over the South China Sea.”

With this strategy, China would be able to create “a defensive sea barrier extending hundreds of miles from China’s coast to what it calls ‘the first island chain.’” But international legal experts and historians alike have repudiated China’s ownership claims of almost the entire South China Sea.

To counter China, claimant countries “should formally declare their claims of ownership with the backing of the global community, international organizations and military alliances.” Joint exploration agreements should resolve any overlapping claims.

This declaration should be enforced by a “maritime coalition of the willing,” as proposed by experts like Professor Richard Javad Heydarian of the De La Salle University (Manila).

Journal of Political Risk article, “What It Takes to Resolve the South China Sea Dispute,” by Dr. Priscilla Tacujan, Ph.D