Aquino: PH-Japan ties as strong as ever despite World War II tragedy 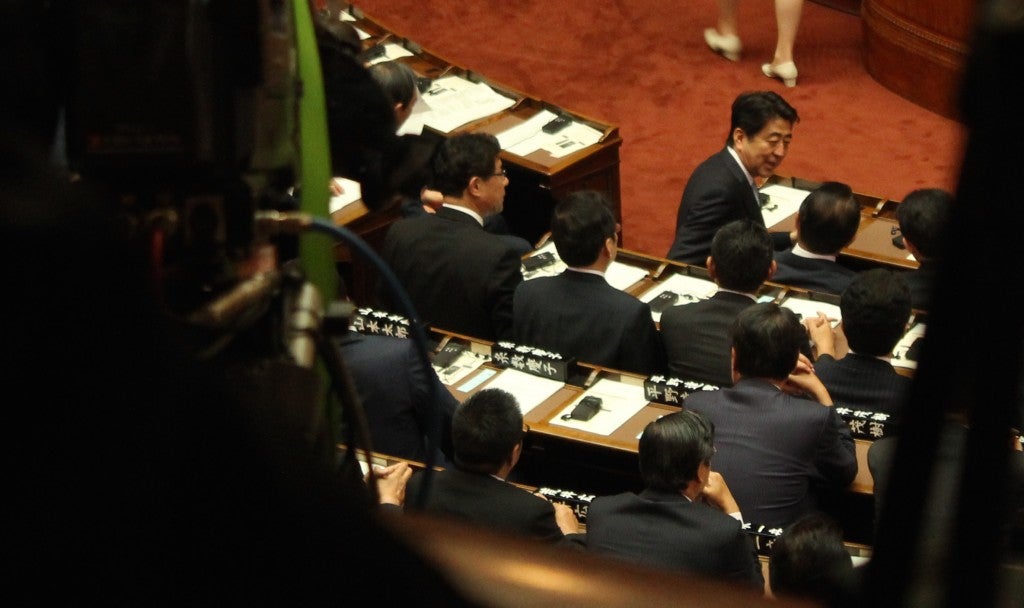 Japanese Prime Minister Shinzo Abe, seated at the front row of the National Diet’s Assembly Hall, was among those who gave President Aquino a standing ovation after his speech Wednesday. The two leaders are set to hold a summit meeting on Thursday, the third day of President Aquino’s four-day visit.

TOKYO – President Aquino conveyed the Philippines gratitude to the Japanese government for its support in the country’s economic development and disaster response efforts in his address before a joint session of the National Diet Wednesday afternoon.

In a warmly applauded 20-minute speech, Mr. Aquino spoke about the turnaround in ties between Manila and Tokyo nearly six decades after World War 2, which had left the Philippines in shambles.

“The War was devastating for all of us; there was bitterness on all sides for the suffering that occurred. However, from its ashes, the relationship between our peoples was reborn like a phoenix,” Mr. Aquino said.

The President cited how Japan has become one of only two strategic partners of the Philippines, and the only nation with which it has signed a bilateral free trade agreement.

Japan was the Philippines’ top trading partner in 2014, with total bilateral trade of $19 billion. Japan also entrusts its ships in the hands of Filipino merchant marines, with 70 percent of Japanese-owned and controlled vessels manned by Philippine seafarers.

Mr. Aquino also talked about the disputes in Asia-Pacific seas that have raised concerns in both the Philippines and Japan.

“The prosperity of maritime and coastal East and Southeast Asia, which relies greatly on the free movement of goods and peoples, is at risk of being disrupted by attempts to redraw the geographic limits and entitlements outside those clearly bestowed by the law of nations,” he said.

The more than 400 Japanese parliamentarians, led by Prime Minister Shinzo Abe, gave Mr. Aquino a standing ovation and rousing applause at the end of his speech, extending the cheers until he and his cabinet have left the room.