For some Filipinos in Las Vegas, reality bites 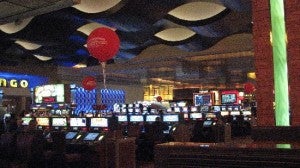 A casino in Las Vegas, one of many where Filipinos work. TRIPADVISOR PHOTO

First posted in PositivelyFilipino.com (As “Reality Bites Off the Strip in Vegas)

LAS VEGAS — Auring is a 72-year-old Filipina who has been working as an ashtray cleaner at the Station Casino in Charleston Blvd. for the past 20 or so years. That’s as long as she has been in Las Vegas. She came as an immigrant, petitioned by her mother who has long passed away.

For the past ten years or so, she has been living alone in a small apartment within walking distance of the casino, getting by on a wage of $15/hour. She has put her retirement on hold to be able to save more money as she waits for her reluctant son to join her.

Auring dreams about going back home to the Philippines, but she also has put that wish on hold. She’s always worked the night shift, sleeping during the day, hardly going anywhere else, and does not have friends to spend off hours with. Every Friday, she takes the bus to her bank to deposit whatever she is able to penny-pinch for the week.

The frail woman stolidly bears the loneliness of her casino job and her solitary existence, hoping that she can still return to her home province at some point. It is amazing how she has been able to persevere all this time.

Cely is a 68-year-old Filipina who settled in Vegas almost 30 years ago, having married an American who divorced her early on. She stayed to work as a part-time caregiver and has since retired, barely surviving on her meager social security check. She lives alone in a low-rent flat in Henderson, a southern suburb of Las Vegas.

You’d think she wouldn’t be able to survive without a social network — knowing how Pinays love to be with friends or relatives — hardly ever going anywhere alone, or even chatting on the phone for hours on end.

But with Cely, solitude has become a way of life. She keeps to herself. Her idea of amusement is taking the long bus ride to the Chinatown district on Sprint Mountain Road where she used to stay when she was still working. Armed with her reduced fare monthly bus card, she would make stops at Asian groceries, where produce is available cheaper than elsewhere. She would buy a couple of fruits here, a bunch of vegetables there, the long rides and bus stop waits taking a good part of the day. 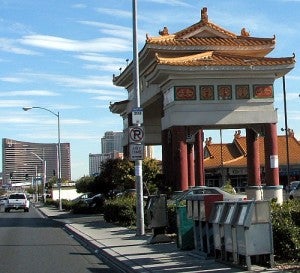 At times it is already dark when she gets back home, but she is happy enough to have walked through her old haunts. Who knows what memories keep her grounded.

Cely is not thinking of going back to her homeland. She is virtually on auto-pilot, lulled by the dry desert wind of Las Vegas.

Dan and his wife, Aileen, moved to Vegas from the San Francisco Bay Area to stretch the value of their modest retirement fund. Rent and basic food was cheaper, and the winters quite gentle. Problem was, Aileen developed allergies from the fine dust, barely noticeable but swirling around the city most days. She started getting coughing fits and had difficulty sleeping at night; the medications she was taking were of no help. Her condition continued to worsen.

Aileen eventually convinced her husband to move to Panama where a brother was based. The climate was to her liking and the coughing stopped. Then it was Dan’s turn to be unhappy; he couldn’t stand the humidity and the new culture. He grew more irritable as the days went on.

Dan felt he needed a break and went back to Vegas. But he had to give Panama another try to make Aileen happy. Sadly, the place simply didn’t agree with him. After progressively losing weight he decided to move back to Vegas for good, leaving his wife with her brother’s family. She wasn’t pleased with that arrangement, but nothing could make her go back to the place that made her so miserable.

That’s when the forlorn days began. Dan was healthy but alone. Having to send money to his wife regularly, he had to be more frugal – rarely eating out, just cooking his own minimalist meals. Eventually, being cooped up inside a small apartment was getting on his nerves.

That’s when Dan started to walk. He would carry a stick and walk around several blocks, taking a different route each time. He progressed to skirting the grids that made up the streets and the walks got longer and longer. From the southwest side of the city, he started walking all the way to the far west, eventually heading north.

Walking had become an obsession. At dusk, he would trudge up his second floor unit with his stick and collapse in his bed, tired but able to sleep soundly, something he found difficult to do before.

There are many ways to cope with loneliness. Dan chose an extreme route.

Surely there are more cheery Pinoy stories than there are gloomy ones.

Alice, a retired doctor from New York and her similarly retired engineer husband, Edgar, are comfortably ensconced in an upscale subdivision in trendy Summerlin, enjoying the good life in the valley.

Lily is done with her career in marketing and is getting her fill of the city’s epicurean offerings, and taking her pick of the countless shows that make Vegas pulsate day and night.

Roger and Elvie are living the American dream. Gainfully employed and childless, they stay in a spacious house with a landscaped yard where she tends her herbs and vegetable garden every spring and summer. A proud outdoor cook, Roger likes to invite friends on weekends for beer and barbecued ribs while rooting for their favorite football and baseball teams on TV. Once a month, the two drive out of state to visit national parks and other marvels of nature. The homeland is a distant planet that no longer beckons.

But it is the sight of solitary seniors, Pinoys and folks of all colors, that catches your eyes and tugs at your heart. They navigate the streets with measured steps, patiently waiting in bus stops, gingerly boarding the buses, lining up in dollar stores – a world away from the garish exuberance of the Strip.

More than a time warp, they could very well be caught in a life trap, starved of options and simply going through the motions of being.

All names in this story have been changed to protect the identity of the real persons.

Manuel Hizon, better known as EG, is a development consultant and freelance writer, hooked on travel, music, cuisines, and kaPinoyan, based in Denver, Colorado.